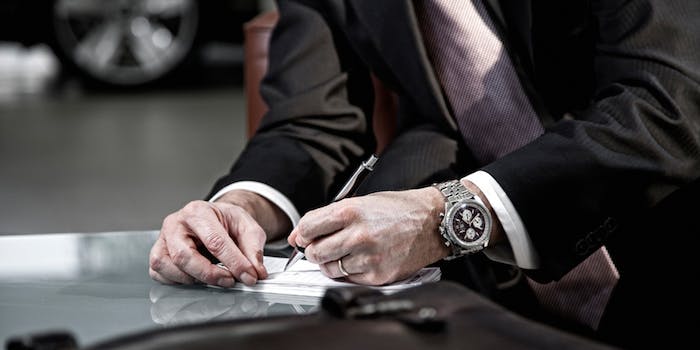 I was feared. Respected. Hated. Admired. And I wasn't even out of high school yet.

CEO of the most powerful and influential organization in the world. In control of a seemingly infinite amount of wealth and talent. Feared. Respected. Hated. Admired. And I was only 14.

But no one knew that. Because the Internet.

Yeah, I was playing a computer game, but nothing about it was any different than if it had been Facebook, Uber, or any other fresh startup.

In 2008 I started playing Holy-War. I was never a big gamer; I don’t even play iPhone games. I played Runescape adamantly for a while, but this game was different. It was a browser-based RPG. You didn’t fight dragons in dungeons, mine ores to craft armor, or wear funny hats. You couldn’t even see your character.

It was all about strategy, and this is what I loved.

One of the key differentiators of HW was that new worlds would open to offer new players a fresh start. You could learn the ropes in one world and then use your skills to establish yourself in a new world where even the best players start at Level 1 (imagine if this was the case in our society!).

So I learned the ropes. Some great players saw my passion for the game and took me under their wing as mentors. I couldn’t wait for the next world to open so that I could be at the top, establish the first Order (organization of players that act as a team, go to war with other Orders, etc.), and follow in the footsteps of the players that I admired so much.

Then I got an email. The makers of Holy-War, GameArt Studio, were coming out with a new game: Tagoria. In nearly all aspects, it was the same as HW with a few added features and new names for familiar ones.

This was my chance.

When Tagoria World 1 opened, I hit the ground running.

I began to network with friends from Holy-War and new players in Tagoria. I established myself as a strong, capable player with a vision: to create the most powerful and influential Horde in the game (Hordes in Tagoria are the same as Orders in HW). My plan was as follows:

1) Recruit the top players in the world (much like a new company recruits fresh talent in a new city).

2) Recruit top players from HW by alluring them to try Tagoria and be a part of something huge from the beginning (much like a new company poaches instrumental team members from previously successful companies).

3) Create an incredible Horde experience that everyone wants to be a part of and no one wants to leave (much like a new company creates their unique culture).

In any other situation, my networking and recruiting initiatives would not have been taken seriously. Because the Internet, they were.

As I vigorously leveled my account, I had my eye set on one thing. When I reached the minimum level that I could create a Horde, I put together my savings and did it.

I called it Army of Darkness [AoD], although I have no clue why. It wasn’t the first Horde in the world (it was the 2nd), but I was sure that it would be the best.

I had just founded my first company, and I had no clue what I was getting myself into.

The other Horde established before ours was called [HoD] Horde of Destruction. I quickly realized that they would either be our main competitor or biggest ally. As new Hordes popped up left and right, we needed to find our “Product/Market Fit.” We also needed a stronger value proposition if we wanted to continue recruiting top-notch players.

Eyes set on disruption, I began to formulate a controversial plan: Wait for the two strongest rival alliances to establish themselves. Then ally with both sides.

Treating this plan as a business development initiative, I began to reach out to leaders of the other Hordes to discuss. I was uncertain. What was I getting myself into? What would they think? Would they declare war on us the second they read the message? Could this be the end already? What do I do if they say no?

The response was positive, and before I knew it everything was in place. Creating these key partnerships put us, as a horde, and as individual players, in the ultimate position of power.

When our allies’ allies battled each other, our entire Horde, as a unit, would fight for the highest bidder or stay out if no one paid. If either of our allies fought each other, we’d sit out, and if they fought anyone else, we would fight for free. As one of my favorite players, Falcotron, said: “As jealous as I was of that idea, I couldn’t say no to an evil genius of that magnitude. And HoD agreed to it as well”

We would get paid to fight in and swing the biggest battles in the world, and we had the two strongest alliances in the game behind us in every battle. We couldn’t lose.

Our empire was established and we began to go to war. We won battles daily, provided top mercenaries with high-paying contract-work, and grew at lightning speed. We expanded into bigger “offices,” raised new rounds of funding, made strategic acquihires, created Google-like perks and benefits, and ultimately built a “company” with over 50 of the greatest players in the game.

We cashed in tickets (~$6 tokens used for premium membership or in-game currency) lavishly, flaunted our victories, and trampled our competitors.

As we expanded, I started a tradition where top players donated tickets to the newer players. I began to advise, mentor, and invest in new players, just as veterans of the game did for me months before.

We had created a family. Everyone had each other’s backs and helped each other out in any way that we could.

And then it all fell apart.

Alliances were fragile. Everyone was unsure how long our empire would last. I’ve been attempting to track down early members of Army of Darkness to determine the root cause of our downfall. Here’s how I remember it:

1) Our strongest ally broke off, went behind our backs, and declared war on us. We had never been declared on. We were always in control. Just out of a big battle, our war chest was dry, and impossible to replenish in time. We were dealt our first loss, and it was bad.

2) I scrambled to make new alliances. A good friend had just started a little Horde of strong players. We discussed plans for a new empire, but nothing felt right.

3) People had been starting to leave AoD in favor of a new type of “mercenary horde” that promised huge payouts from the monstrous hordes like ours. Somehow it went over my head how big of a deal this was.

Like any founder facing defeat after a streak of success, I was lost. I didn’t know if I should restructure our strategy, forge new alliances, or attempt to start over. All of us were in the same position. I knew what I had to do.

That night (after soccer practice of course) I gave a speech to 50+ people, many of whom were 10–30 years older than me. My goal was to inspire the team but also offer them an option to leave. It had been a good amount of time that most of us had been together, and I did not want people to feel bad if they wanted to break off and pursue their own projects.

Secretly, I hoped that everyone would leave.

Caught up in the spotlight, I took on too much responsibility. As if managing and growing a group of 50+ people wasn’t enough, I had been simultaneously buying up accounts in all of the most exciting worlds in both HW and Tagoria.

My tactics of selling in-game items and doing in-game favors for tickets had caught up to me. People were starting to get suspicious. I owned a top account in every world and was stirring things up in more than a few of them.

Some called me the “best builder/flipper” in the game. Commenting on my habits of buying good accounts, turning them into great accounts, and then selling them for tickets to be used for the same process in other worlds.

Others called me a villain.

One player even called me the “elite shady real estate investor/property flipper, the Donald Trump of Tagoria.” What had I gotten myself into? Left and right, my character was being questioned. While players who knew me well stood by my side, others turned against me. There were claims that I was selling the same item to multiple people, taking their upfront deposits, and then selling to nobody.

I was framed as a real scam-artist.

While I didn’t care much of what others thought of me in most worlds, I cared about World 1 Tagoria. This was the world where I started from scratch. I built myself from nothing. I built an incredible team of players rallied around a single vision. This was what I cared about.

I quickly made the decision to drop every other world and focus on World 1 Tagoria. I sold my accounts, made a killing (in tickets, of course), and used the profits to move on to my next project: Army of Lightness.

I had a (somewhat successful/controversial) exit under my belt and was ready to start my second company.