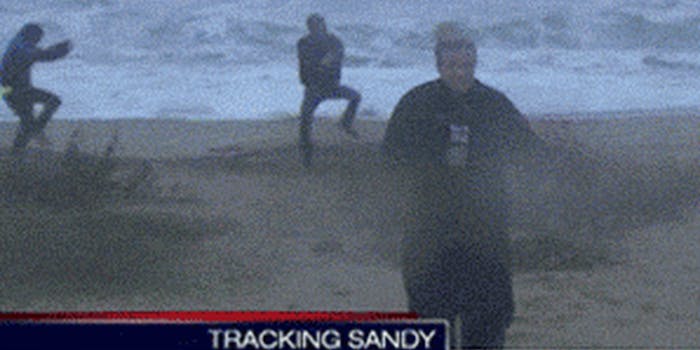 Measuring the hurricane on Tumblr in GIFs, likes and reblogs

While Twitter may have been the social network of choice during Hurricane Sandy to keep people updated on flooding, damages, and relief efforts, Tumblr was also buzzing with news and much needed comedic relief.

On Oct. 29, the day the storm made landfall on New Jersey, Tumblr collected about 80,000 Sandy-related posts, according to statistics provided to the Daily Dot by Union Metrics, the microblog’s official analytics partner.

About 77 million posts are made on Tumblr worldwide each day. 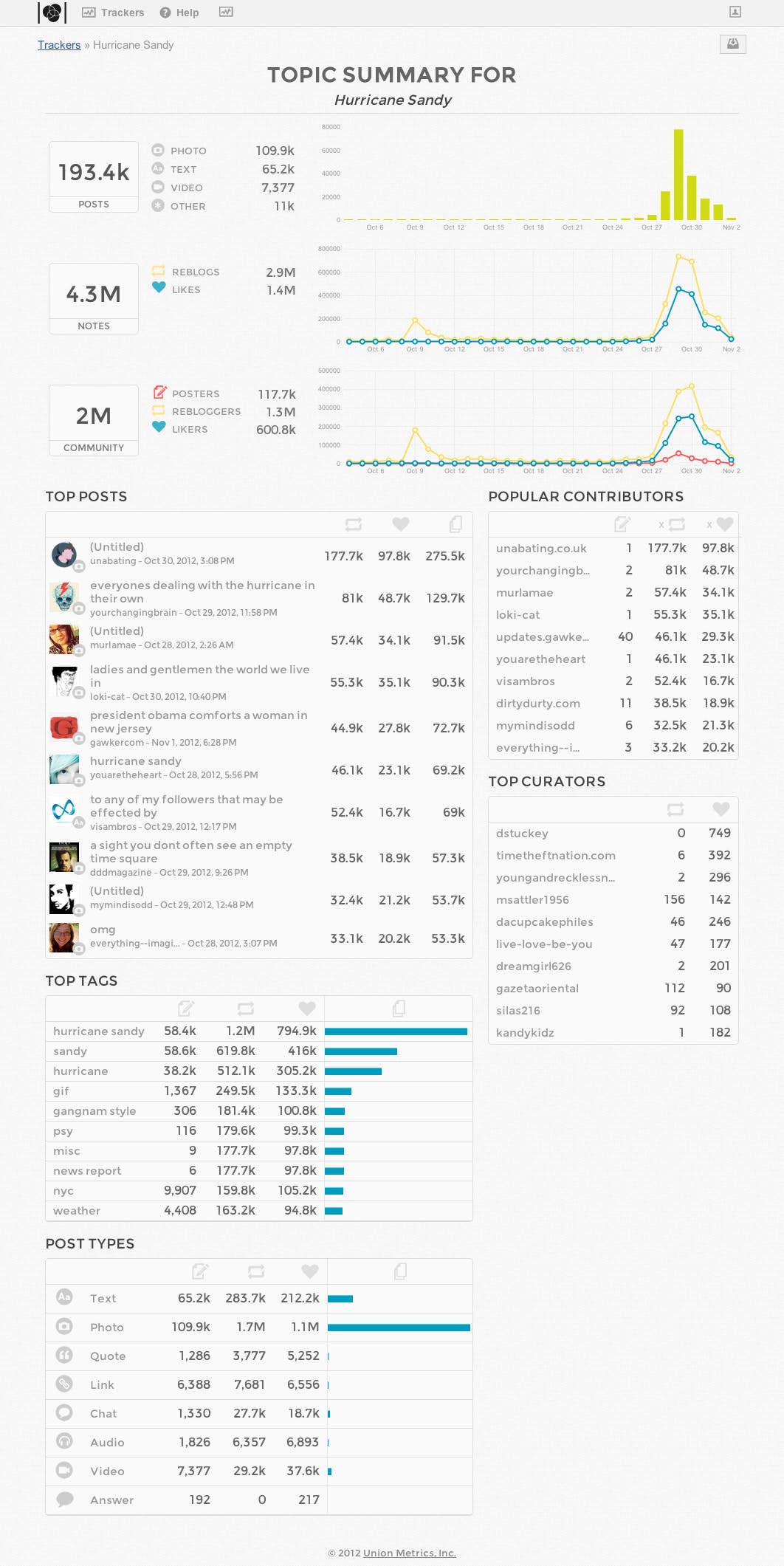 Two of the most popular tags during the storm were “gif” and “gangam style” which were mentioned in about 1,600 posts combined.

The most popular hurricane post, which also included both those tags, was a GIF of two people dancing Gangam Style on a New Jersey beach in the background of a news report. The post made by user unabating on Oct. 30 at about 3 pm collected 275,000 notes. (It is now up to 335,000 notes.)

This is another example of how GIFs are here to stay, said Jimmy Repeat and Mark Portillo of the artist collective known as Mr. GIF.

“Since the resurgence it was labeled a fad but people might have spoken too soon in hindsight,” the artists told the Daily Dot in an email. “Maybe we’re witnessing another revival. One that is in forms of news, politics, etc. The format is maturing.”

The second most popular post featured people dancing in the rain during a news report in Atlantic City, New Jersey. It was posted on Oct. 29 at noon and collected 129,000 notes.

Not all the hurricane-related posts were fun and games. The fifth-most popular post was from Gawker, which recently joined Tumblr after its official website was taken down by the storm. The post made on Nov. 1 at 6:28 pm featured a photo of New Jersey Gov. Chris Christie standing with President Barack Obama as he held a New Jersey woman during a trip down to the coast. The photo collected 72,000 notes.