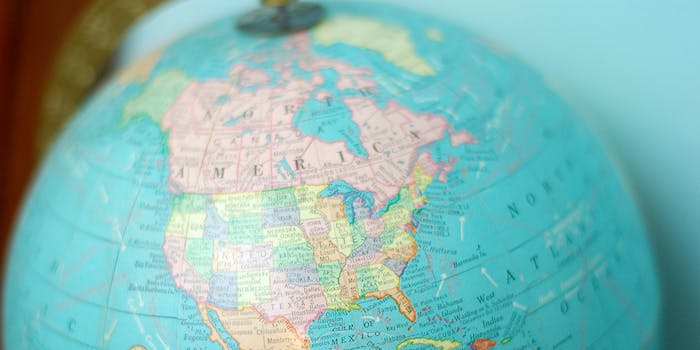 How the Internet is ruining travel

Seventeen years ago I piled into a van with four of my roommates in Sydney, Australia. We set out driving around dinner time, just as the sun went down and proceeded to get lost six times. With no GPS to guide us, just an old road Atlas obtained from a gas station, we had to guess where we were going.

Where were we going exactly?

Well, this guy in a bar in Coogee Beach, the beachside town we were living in at the time, told us that if we drove nine hours north to Byron Bay we’d see the most spectacular sunrise known to man. Lacking smart phones, we had no choice but to trust this intoxicated man’s judgment and hit the road, to see what we would see.

We had no Expedia, Orbitz or Hotel Tonight. We’d find a place to stay when we arrived.

And what ensued was one of the greatest weekends of my life, filled with serendipitous moments, surprises, twists and turns and plenty of mistakes, all of which made for a great story. And yes, the sunrise was just as nice as the drunk man had promised us.

I don’t have a single picture of that weekend, and it doesn’t matter.

I don’t have a single picture of that weekend, and it doesn’t matter.

But that sort of thing wouldn’t happen today. Travel has been stripped of that kind of providence by the Internet, social media and smartphones.

Given the same situation today, I don’t think we even would have made it to Byron Bay. We’d have immediately pulled our phones from our pockets, Googled “Byron Bay” and “sunrise” and decided that it was a nice sunrise as far as sunrises go, but we would have questions whether it was worth driving overnight in a van.

We would have wondered whether the sunrise was Instagrammable enough to be in a vehicle for so many miles and hours.

And then of course Waze would have shown us there was crappy construction around Newcastle and Expedia would inform us that Byron Bay actually had no vacancies in any real hotels and the Yelp reviews for the restaurants would probably have sucked so we would have called it a night and watched reruns of Seinfeld.

And that’s just one of the ways the Internet has ruined travel.

Don’t get me wrong; the Internet gives us wonderful tools which allow us to travel seamlessly around the globe—sometimes without leaving our couch.

Don’t get me wrong; the Internet gives us wonderful tools which allow us to travel seamlessly around the globe—sometimes without leaving our couch.

I booked my entire honeymoon in 30 minutes from my phone while running on a treadmill watching Say Yes to the Dress. If you had told 19-year-old me that I could have done that, I would have called you a liar and told you to go back to reading your science fiction novels about these computers you could hold in your hand. Back then we had to go visit STA, the Student Travel Agency to be issued paper airplane tickets. There was something so wonderful about that process, sitting down with a travel agent, most of them barely out of college themselves, a person who was passionate about traveling the world, and getting actual human, expert advice about a destination. But they never gave you too much advice. The destination was still a lovely surprise. It was still new, whether it was good or bad, and so it still felt special.

These days, by the time we’ve reached where we are going we’ve read a hundred reviews and seen all of the pictures. On my recent honeymoon, the one I’d booked from a treadmill, I had seen the actual pride of lions we ended up seeing while we were visiting the Rekero Camp in the Maasai Mara. The same damn lions, with the same four cubs. I had seen pictures and videos of them. I had even named them from my home in San Francisco before leaving the country. And I couldn’t help but wonder if that moment would have been more special had I been seeing those lions, in real life, for the very first time.

If the ability to pre-imagine everything weren’t bad enough, the intense peer pressure to then record each and every moment serves to destroy the joys of traveling even more. Right now we have more social networks than we know what to do with. I need two phones to manage them all. When I was in Africa, I found myself desperately searching for service on top of Mt. Kilimanjaro as I Periscoped with one phone, Snapchatted with the other and then toggled to Instagram, Twitter and Facebook. I know I am probably leaving one out. Please don’t tell me; I can’t handle the guilt.

I’m all for recording memories of a trip, but there’s a small part of me that longs for the days where we did that with one single camera, and a roll of film. Where we had no idea what the picture would look like until we got it back from CVS.  It was so much easier to savor the small moments of travel—the tracking of a leopard through the bush right outside the Naboisho camp in the Mara, a sunset falling behind an Acacia tree, a chameleon clinging to a rock on a mountain 15,000 feet in the air—when we didn’t feel the need to broadcast it all.

The Internet isn’t really ruining travel. We are.

But of course there’s a solution. We don’t need to let technology dictate how we travel. We have free will and can choose to unplug entirely on a trip. We can set rules about how often we will go online, even if the thought of unplugging drives us to curl into the fetal position and rock back and forth in a corner.

We make the decision to look up every single review before we head out the door. We decide to search for Google images of a particular town or village before seeing it with our own eyes. We can still make the choice not to do those things. The Internet isn’t really ruining travel. We are. And the way we use the Internet is ruining travel. Let’s keep it around for the good things, for the ease of booking and electronic plane tickets and changing our airplane seat without talking to four people on a bad phone connection.

Let’s make a conscious decision to invite the surprise and serendipity back into our journeys.

Jo Piazza is an award-winning journalist, editor, digital content strategist and author. She is also the former managing editor for Yahoo Travel. Her novel with Lucy Sykes, The Knockoff, became an instant international bestseller in May 2015. She is currently working on a memoir entitled How to Be a Wife. Follow her on Twitter @jopiazza.