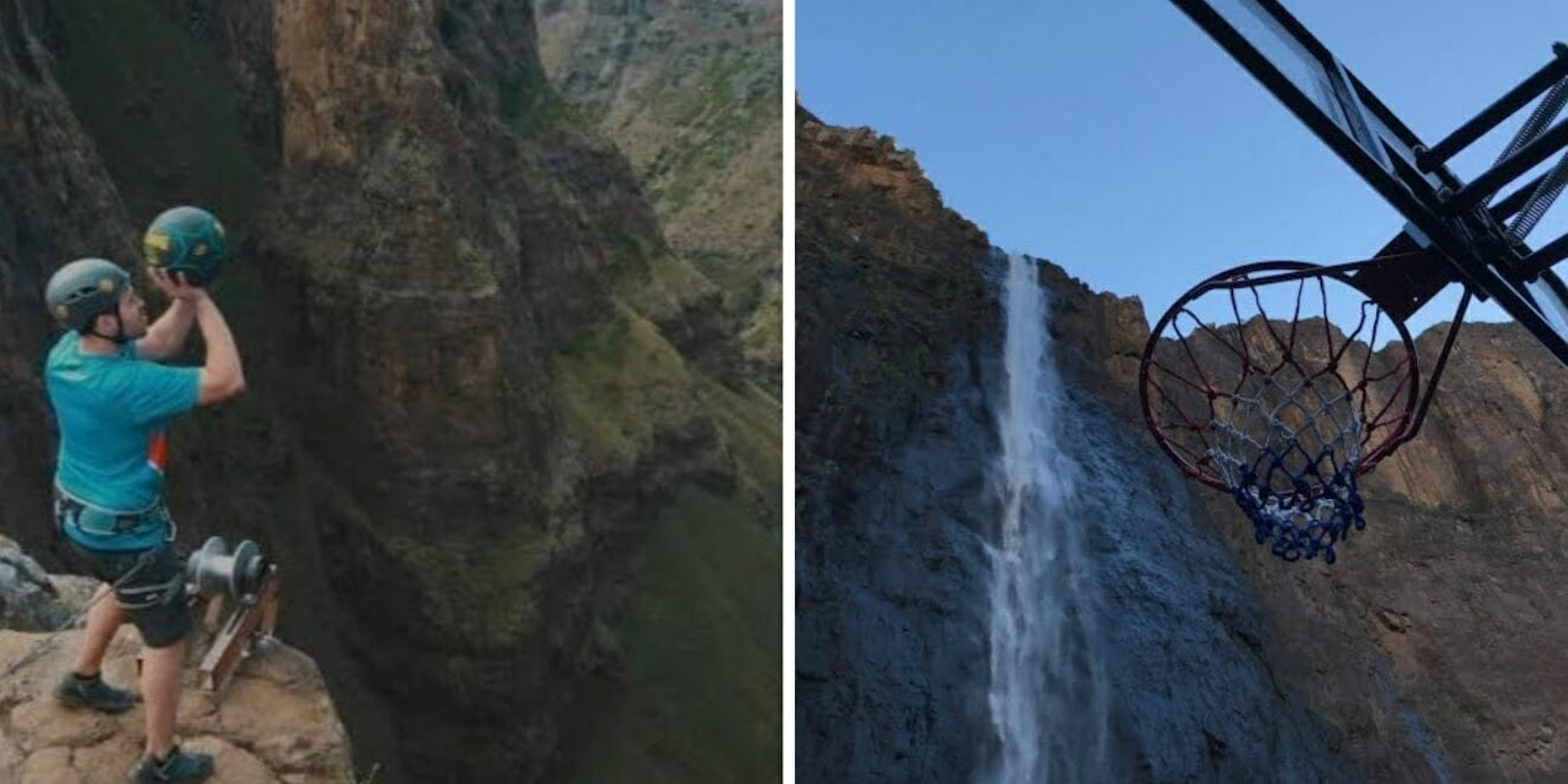 The video is stunning.

The creators of the How Ridiculous YouTube channel keep setting their goals higher and higher. And yet somehow, they keep swishing their shots.

The last time we checked in with How Ridiculous, the Australian team of basketball trick-shot artists, it was setting a Guinness World Record by making a shot from 593 feet off the top of a dam in Switzerland.

Earlier this month, though, How Ridiculous was in southern Africa, and Derek Herron successfully hit his trick shot from a height of 660 feet and 10 inches. That’s 201.422 meters, and according to the Guinness website, that’s the first time anybody has broken the 200-meter barrier.

Watch Herron’s ridiculous shot, taken while he was harnessed to a safety rope from the top of Maletsunyane Falls in Semonkong, Lesotho.

The crew said it took more than five days to make the video, and it’s unclear exactly how many attempts were needed before the ball sailed through the net. But forgive Herron his enthusiasm when he said afterward: “I couldn’t stop yelling. It was just so good.”