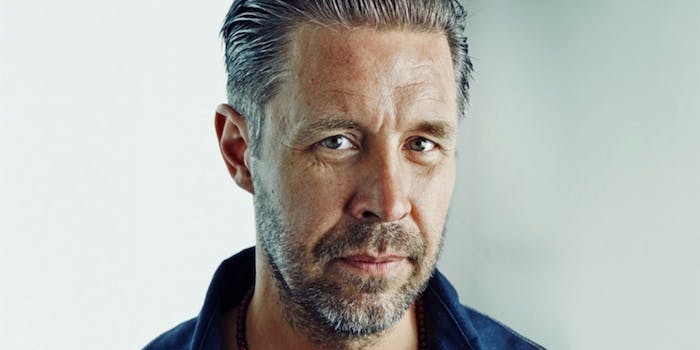 ‘Game of Thrones’ prequel series gets its first cast member

His casting places the series around the Dance of the Dragons.

HBO officially revealed the first actor cast in House of the Dragon, its Targaryen-centric Game of Thrones prequel series—and even if you aren’t familiar with the character, you almost certainly recognize the name.

Paddy Considine, who’s been in everything from The Outsider and Peaky Blinders to a Tony-nominated performance in The Ferryman and a memorable turn on Hot Fuzz, has been cast as Viserys Targaryen, who’s a much different character than the Viserys who met a tragic end early in Game of Thrones.

“King Viserys Targaryen is chosen by the lords of Westeros to succeed the Old King, Jaehaerys Targaryen, at the Great Council at Harrenhal,” an official description from HBO reads. “A warm, kind, and decent man, Viserys only wishes to carry forward his grandfather’s legacy, but as we’ve learned from Game of Thrones, good men do not necessarily make for great kings.”

But while the Dance of the Dragons was ultimately a question over the line of succession, we can look even further back to see where the threads began.

The Great Council of Harrenhal

The occasional hazard of a king ruling over a country for as Jaehaerys I Targaryen did at 55 years, is that it might not be immediately clear who’s set to inherit the throne when he dies. With the death of his son Aemon, Jaehaerys chose his younger son Baelon over Aemon’s daughter Rhaenys. And then Baelon died before Jaehaerys.

Prior to Jaehaerys’ death, he called together the Great Council of 101 AC (After the Conquest) to nail down exactly which Targaryen would rule after him so that his descendants wouldn’t go to war about it. While there were more than a dozen potential candidates, the ruling came down to two Targaryen heirs: Laenor Velaryon, the son of Rhaenys Targaryen (who was Jaehaerys’ granddaughter), and Viserys, the son of Baelon Targaryen (and Jaehaerys’ grandson). Viserys won out, setting the patriarchal precedent that the male bloodline of House Targaryen would always be chosen over the female bloodline.

Jaehaerys died two years later in 103 AC, and for the next 26 years, Viserys ruled over Westeros, and according to The World of Ice & Fire, “House Targaryen was never again so powerful as it was in Viserys’s reign.” Viserys inherited the wealth and legacy that his grandfather left behind, but there was enough fueling the flames to eventually burn it all down.

The lead into the Dance of the Dragons

By the time that Viserys dies in 129 AC—unlike most of the people we’ve met in Westeros in Game of Thrones, his death was on the more peaceful side—he’s created another constitutional crisis. Viserys preferred Rhaenyra, his daughter from his first marriage, as his heir to the throne, and even trained her for the role. But most of Viserys’ small council (including the Hand of the King) pushed to crown Aegon II Targaryen, the son of Viserys and his second wife Alicent Hightower, over Viserys’ wishes.

The end result was the Dance of the Dragons, a civil war that pitted Targaryens and their dragons against one another. The civil war lasted two years, and by the time the war ended, both Rhaenyra and Aegon II would fall, leaving Rhaenyra’s son Aegon III (and Aegon II’s nephew) to take the throne.

While we don’t know just how long Viserys will be around in House of the Dragon, we do know that, based on subsequent casting information from Entertainment Weekly, House of the Dragon will include at least part of Viserys’ reign. The show is in the midst of casting Alicent Hightower, Viserys’ two children Rhaenyra and Aegon II, and Viserys’ brother (and Rhaenyra’s uncle—and future husband—Daemon Targaryen). Along with showrunners Ryan Condal and Miguel Sapochnik, Sara Lee Hess, who worked on the other Game of Thrones prequel and Orange Is the New Black, has joined the creative team.

House of the Dragon is tentatively set to premiere in 2022.