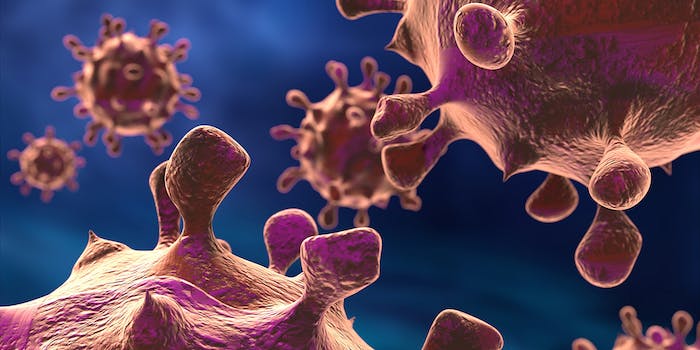 The history of the world in memes, part I: Life begins

Memes had to start somewhere.

Memes are what hold the world together. But where did they begin?

Evolutionary biologist and perennial Twitter troll target Richard Dawkins coined the word “meme,” if not the concept itself, in his 1976 book The Selfish Gene. For his purposes, the term refers to any replicable concept or behavior that spreads from person to person, though he has also simplified his definition to include “anything that goes viral.”

What this means is that memes led to human civilization, not vice versa, and date back to the dawn of time. The first thing to go viral was existence itself. Some 13.7 billion years ago, #TheBigBang started trending hard.

In this young state, our universe was agitated, chaotic, and rapidly expanding. Thus, the first memes to emerge from the Big Bang were half-formed, rarely funny, and without exception pertained to either a K-pop boy band or a long-running, critically abused, nerd-based sitcom.

What’s something young and fun that Leonard & Penny could do for #ValentinesDay? #BigBangTheory pic.twitter.com/KX3Rdc8dUR

For more than 9.7 billion years, these were the only memes. The universe was a desolate, lifeless place. Very gradually, however, cosmic dust and gas began to pull together to make stars, whose gravity in turn helped create planets—including Earth. With the appearance of water, organic compounds could combine. About 4 billion years ago, microscopic, unicellular organisms kicked off the process of evolution.

Amid this primordial stew, bacteria emerged. Yes, it seems counterintuitive, but bacteria memes were the first viral content.

Granted, many of these bacterial memes didn’t make sense at the time, since neither humans nor the Twilight franchise existed yet. Yet in that same way, they were also the first “dank” memes—free to develop and mutate outside of any referential framework or bearing on reality.

Naturally, bacteria couldn’t rule the oceans forever, and soon more complex sea creatures evolved. Around 500 million years ago, in the Cambrian period, there was a boom in marine life, and with it came a vast array of memes involving sponges, cephalopods, echinoderms, and crustaceans. These were the most advanced memes the planet had ever seen. They were, as we might say nowadays, relatable.

When it's 1 am and a fight pops off at McDonald's pic.twitter.com/pKegMCJ2kX

When you lose your parents at the grocery store as a kid pic.twitter.com/UCPU69EoPm

And to think: All this was just the beginning. Memes still had a lot of evolving to do; they hadn’t even made it up onto land yet! So stay tuned for part II of our history of the world in memes, when we’ll be looking at the Mesozoic Era—a time when philosoraptors roamed the Earth.