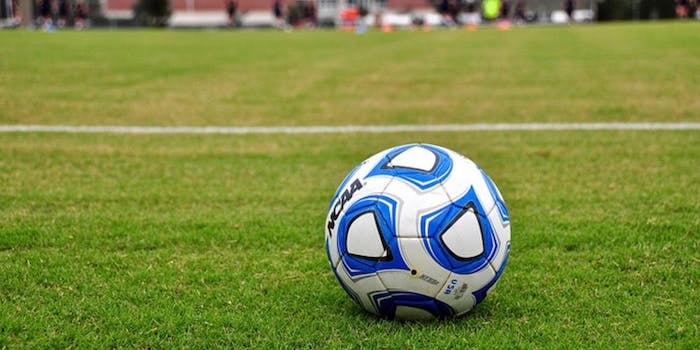 He claims it was an accident. Oops.

“Once I realized what I was watching I threw my phone down on the table and said, ‘Guys, you have to look at this,'” the team member who initially received the video told police, according to the Hartford Courant. When another member of the team who was friends with Sirois on Snapchat checked to see if she had received it, the video was gone.

In his defense, Sirois told police that he accidentally sent the Snapchat video to his team members, and that the video was originally intended for his girlfriend.