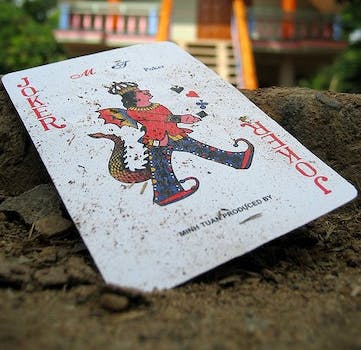 Facebook tease gets Ohio woman a visit from the sheriff

Heather McKenna didn't want to kill her husband over a coffee pot—but she's steamed at her so-called Facebook "friends."

Heather McKenna’s Facebook complaint about her husband, Jon, brought a visit from the authorities. She’s behind bars—at least on her Facebook profile.

Jon had used vinegar, the scent of which Heather detests, while cleaning their coffee pot. The odor of the acidic liquid riled Heather. She wrote on her Facebook profile, “”I’m going to murder my stanky husband.”

It was a joke, and most of her pals took it as such. The conversation eventually segued into a coffee-pot-cleaning discussion.

However, one Facebook friend of Heather grew concerned, reported The Akron Beacon Journal. The Randolph Township, Ohio, couple, who has been married for 13 years, received a visit from a sheriff’s deputy a couple of days later.

The deputy told Heather a complaint had been filed. She asked Heather if she could read the post, and Heather complied.

Though Heather’s post was a joke, it could hardly have been made at a worse time.

In late February, a teen was charged with three counts of aggravated murder after three high school students were shot and killed in Chardon, Ohio. Two months before the incident, the accused published an apparently self-penned essay on his Facebook profile that ended with the words “Die, all of you.”

Portage County Sheriff David Doak had posted deputies at schools in the county to maintain peace and deal with any copycat threats. Some copycat threats resulted in arrests.

With the county on high alert, when the sheriff’s office received a call about the post on Heather’s profile on Monday, a deputy was dispatched immediately.

“Any time we get a threat—whether it’s by telephone, via text, over the Internet, on Facebook—we’re certainly going to look into it,” said Doak. “If (something) comes to our attention and we’re going to go spend time to chase information down—using our resources—those folks need to know that we don’t take that stuff humorously.”

Since most of the content on Heather’s profile isn’t visible to the public, the couple realized it must have been one of her 470 Facebook friends, some of whom the 35-year-old hasn’t seen since high school, who made the complaint.

An angry Heather posted the following message on her profile Thursday:

“Me being so ‘egotistical’ and ‘felonious’ it is time I clear out my ‘friends’ list. ‘Who really needs over 400 friends?’ If you dislike the things I say and do not want to hear them anymore, FEAR NO MORE. Just do nothing. I will make sure to delete you off of here. DO NOT CALL THE COPS!!! If you actually like my smart ass ways, THANK YOU DAD, leave me a comment or a post and I will make sure I keep you.”

There could nevertheless be legal consequences for her actions, as Doak said his department is looking into the situation and there may be criminal charges.

That said, Heather seems to have a sense of humor about the escapade. She added a mocked-up cover photo of herself behind bars as her Timeline cover photo.