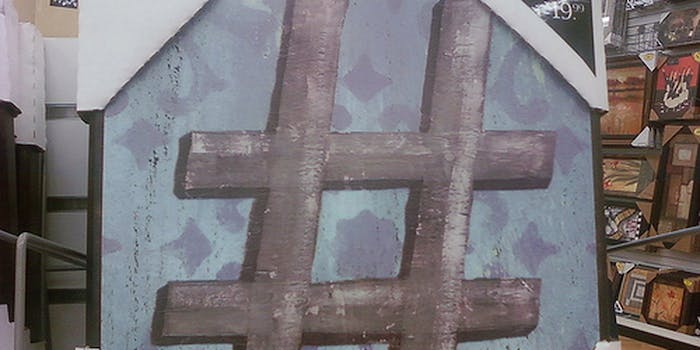 The Hater: The hashtag is the Greek chorus of the Internet

Why the hashtag is just plain lazy—and too obvious.

You know when someone posts their status and then adds a hashtag? Like, “Just changed the baby. #poopexplosion.”

We first heard about it back in March, despite protests via Facebook groups and typed eye-rolls to the contrary all over message boards. This site has covered it in painstaking detail already.

Like minds have been hating on the hash for years. Take Sam’s Gizmodo post back in 2011. Or this Gawker post and comments. The memes have been out there a while, too: Like Morpheus. Or my favorite, from memecenter: 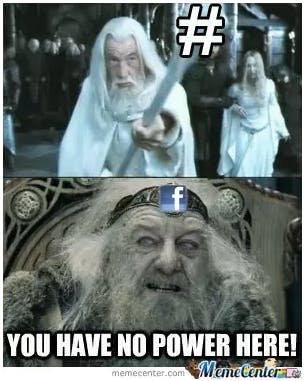 As annoying as they are, I totally get the primary purpose of hashtags. I see how they can increase SEO, or help you find other people talking about what you’re talking about. Since 2007, they’ve officially been a way to seek things on Twitter. And of course they’re how you find out what other people are taking pictures of on Instagram. 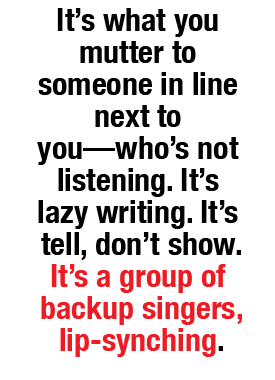 Did you know that hashtags actually originated long ago? Long ago—like, for real—not just Internet time. Decades. Anyone remember IRC? I do. They had chat operators! Old school! Old school like a person making a call for you in 1950, ringing up your bestie at “Bennet 1-3-8.” Old school, like when Internet dating bore a covert, dorky stigma.

But here’s why I dislike the hashtag: It’s too obvious.

And sometimes, we don’t need obvious.

A hashtag is the Greek chorus of the Internet. It tells everyone what the theme is, but it doesn’t do it very well. It’s the laugh-track-gone-concerned on an ’80s sitcom’s Very Special Episode—that hushed “ooh” when something bad (yet solvable!) is about to happen. It’s what you mutter to someone in line next to you—who’s not listening. It’s lazy writing. It’s tell, don’t show. It’s a group of backup singers, lip-synching.

Let’s face it, clickable hashtags admitted into Facebook was inevitable. Just give up now. Instead, ponder this question: What’s more annoying? Someone making air quotes out of their fingers, or interjecting “hashtag __________!” into their conversation?