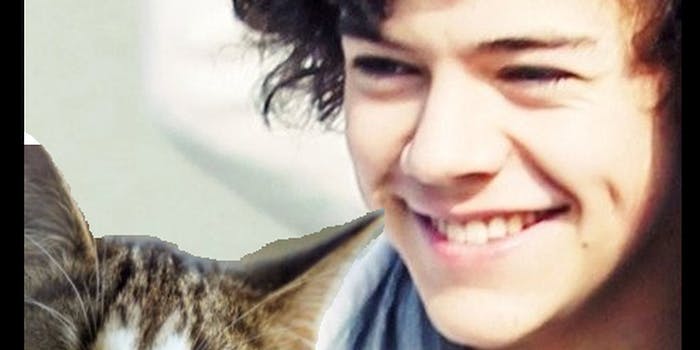 Harry, My Cat Died: The weirdest tweets from One Direction fans

There's a truly stupendous number of people who tweet band member Harry Styles to tell him that their pets have just passed away and can they please just get a RT?

Every band has its superfans, but One Directioners take super to a whole different level.

At one end of the scale, there’s the secret-gay-affair conspiracy theories; at the other, there’s the near-instantaneous meme support for fans in trouble.

While there are presumably millions of Directioners who love the band at a slightly saner pace, 1D fandom has gained a certain amount of online infamy thanks to the intensity of its presence on social media.

As well as tweeting messages of support to the members of One Direction, many fans use Twitter to just tell the band… well, everything. @HarryMyCatDied retweets the weirdest and most inane of the lot, taking its name from the truly stupendous number of people who tweet band member Harry Styles to tell him that their pets and relatives have just passed away and can they please just get a RT?

Teenage girls have been naming their goldfish after their celebrity crushes for generations, but Twitter gives them the opportunity to send public messages like this: 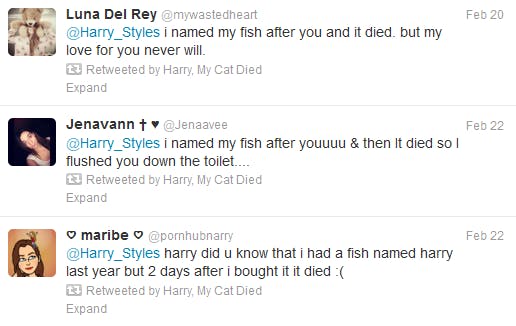 It’s unclear whether these 1D fans actually want a reply to their tweets. Either way, there’s no way Harry Styles can possibly have enough time to read and appreciate every one of these messages, from the banal diary entries… 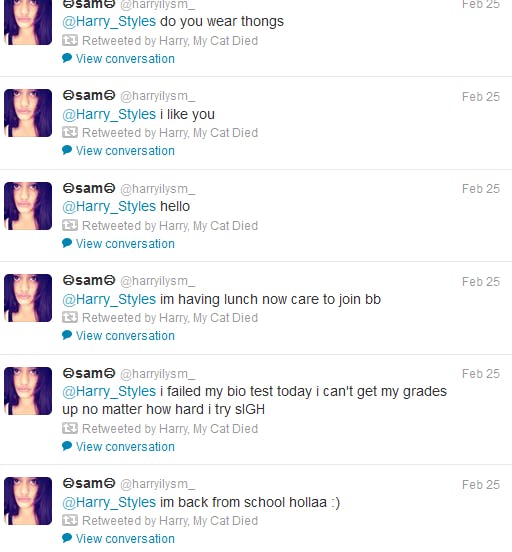 …to the creepily personal messages about bodily functions: 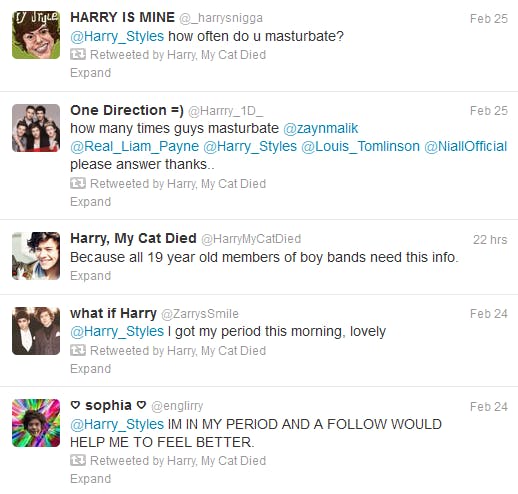 @HarryMyCatDied works on the assumption that if one person is tweeting Harry Styles about seeing a dead cat on the sidewalk, you can be sure that she’s not alone.

Meaning that when scrolling through the many messages from fans wanting to discuss their menstrual cycle with the boys of 1D, you might just end up catching a tweet from Internet gross-out celebrity Giovanna Plowman.