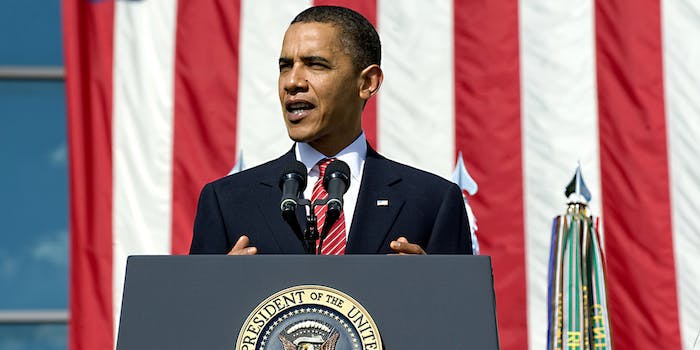 Your guide to the Republican outrage over Bergdahlgate

Some Republicans are now calling for the president to be impeached.

The big political news of the moment has to be President Obama’s announcement of new aggressive rules governing the release of greenhouse gases from America’s power plants. As New York magazine’s Jonathan Chait pointed out, the new rules (along with previous rules reducing power plant pollution and increased investment in renewable energy) have the potential to both reduce American carbon emission but also make a global agreement requiring other industrializing economies like India and China to promise to reduce theirs as well. Something that appears quite possible now that the regulations have been announced.

But you’d hardly know any of this if you’ve been watching Fox News, where it’s been “all Bergdahl, all the time” as of late.

In case you missed it, Sergeant Bowe Bergdahl was the American soldier who had been held captive by the Taliban for five years and was finally released this weekend in a deal that in exchange also released five prisoners held in Guantanamo Bay into the custody of the government of Qatar.

Republicans have been up in arms over this development for a variety of reasons. Some have criticized the deal as being a bad one, others have claimed it breaks the law because Congress wasn’t informed 30 days beforehand, while others objected to the whole idea of negotiating with an organization like the Taliban.

Some Republicans are now calling for the president to be impeached.

Personally I think these complaints are pretty weak tea. To begin with, since Bergdahl was the only member of the U.S. Armed Forces held prisoner by the Taliban, it’s pretty obvious a one-to-one exchange wasn’t going to happen—especially since a group like Taliban, which uses tactics like suicide bombing and the use of human shields, probably doesn’t put as high a value on their people as we do.

Secondly, it’s possible that while the president broke or at least skirted the law, Mother Jones’ Kevin Drum reminded us that Congress and The White House often disagree with how to interpret the law—and if there is a fight here, it’s a matter for the courts to sort out.

Finally, there’s the question of if this breaks Jack Bauer’s rule of “never negotiating with terrorists.”

Maybe, but we’ve negotiated with all sorts of unsavory groups in the past to get back American military and intelligence personell. Indeed, the Reagan Administration sold all sorts of weapons to the Iranians to do just that back in the 80’s.

And if this really is some terrible crime, conservatives should also denounce the Israelis for doing the same thing—but on a much larger scale. The fact of the matter is if we wanted Bergdahl back, we have to either cut a deal or hope that the special forces got lucky. Since they’d hadn’t been lucky for five years and there are reports that Bergdahl’s health was in serious decline, the former choice makes a lot of sense.

So while I guess the Republican Party could attempt impeach President Obama over this, it probably wouldn’t go much better than it did last time they tried that sort of thing.

Which brings up the question of why the big conservative focus has been on Bergdahlgate, while so little attention has been paid to the new pollution rules that could have an effect on American energy policy for years to come?

As I see it, the culprit here is our old friend the conservative information feedback loop—Fox News and company latched on the Bergdahl story first and got their talking heads to run with it till they took it to the impeachment end zone, while the new climate change rules just sort of slipped through the cracks.

This doesn’t make much sense for conservatives in the long run. Obama’s new energy regulations are are going to be around for a long time to come, having a huge impact on future policy decisions. And while it’s possible Bergdahl will get in trouble, the events surrounding his capture are murky, and the story will probably go away pretty quickly. This latest row will be like so much Benghazi Sturm und Drang, ultimately amounting to very little.

John Anderson is a former student of political science and political professional who worked on a variety of campaigns in the Midwest and on the East Coast. He currently lives in Minneapolis where everyone is friendly and there are lots of lakes. He blogs at longwalkdownlyndale. This article was originally featured on The Good Men Project and reposted with permission