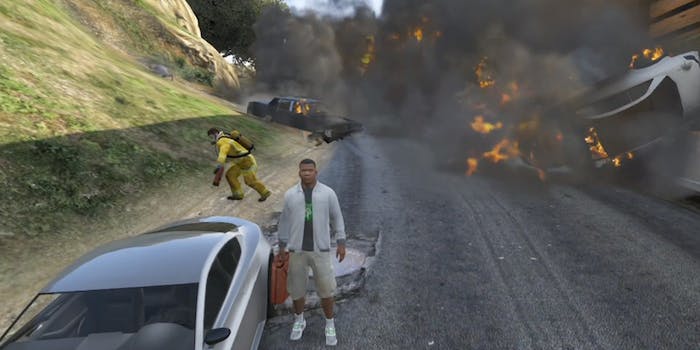 ‘GTA V’ is just an episode of ‘Mythbusters’ waiting to happen

DefendTheHouse's first episode also serves as a highlight reel of tips and tricks for novices and pros alike.

The Mythbusters gang promised they would look into the scientific accuracy of video game physics one day, but until then, one YouTube channel is busting myths for them.

DefendTheHouse has been proving and disproving the most absurd moves your character can pull off in video games since 2009, but now they’ve moved their focus on the biggest game of the year: Grand Theft Auto V.

As a highlight reel of destroying police helicopters with wind farms and igniting gasoline trails with a backfiring car, the video doubles as a collection of tips and tricks for struggling and advanced players alike. Of course, the most useful tip is also the simplest.

With more episodes to come, DefendTheHouse promises to find even more impossible moves that work in-game.