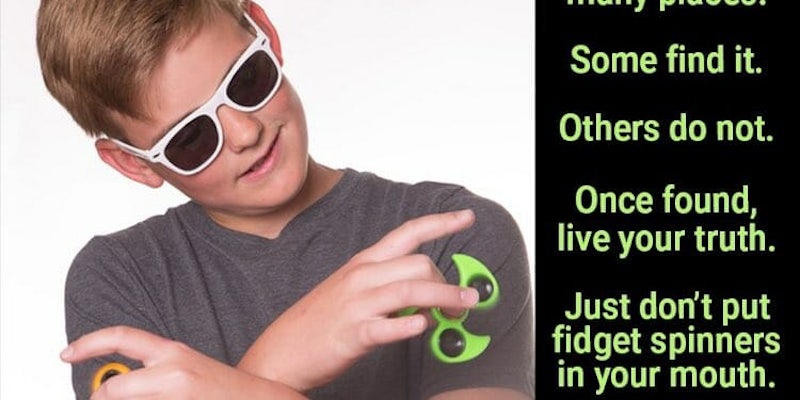 Is this the dankest government agency?

Some things never change: government programs always try to persuade kids by performing the government version of cool and fun. At one time, that meant D.A.R.E. and the NSA’s Cryptokids, but times have changed: now it means memes. And what is the government using memes for? To convince kids not to eat their fidget spinners.

Go ahead and make an Idiocracy reference if you want, but this is what’s happening in the current year: the U.S. Consumer Product Safety Commission has posted a meme on Twitter warning tweens that the latest toy trend is not something you want to put in your mouth.

#FidgetSpinners have small parts that can be a choking hazard. Don't put spinners in your mouth #FridayFeeling pic.twitter.com/Tstnjlw5Uc

Things worth noting about the CPSC PSA (lol): this isn’t based on an existing meme; the “quest for truth” speech seems to be entirely a CPSC creation, combined with the stock photo “Boy in Sunglasses and Silly Pose with two Fidget Spinners.” The warning is based in reality, though: kids have swallowed and choked on the small bearings that make fidget spinners spin.

Rather than going full scare tactics and showing kids the X-ray of a spinner part lodged in a child’s throat, though, CPSC is making memes so absurd that you can’t help but share them. It’s a self-aware spin (sorry) on previous education campaigns, a winking acknowledgment that a government agency will never have any internet cultural capital with kids. Why even try? Just turn the absurdity up to 10 and go viral that way. At least adults, especially those in the media, will pay attention.

This isn’t a new strategy. The CPSC has posted similarly weird memes in the past, about topics like helmets:

And this one about lawnmower safety, in which they tagged the band Arcade Fire for some reason: