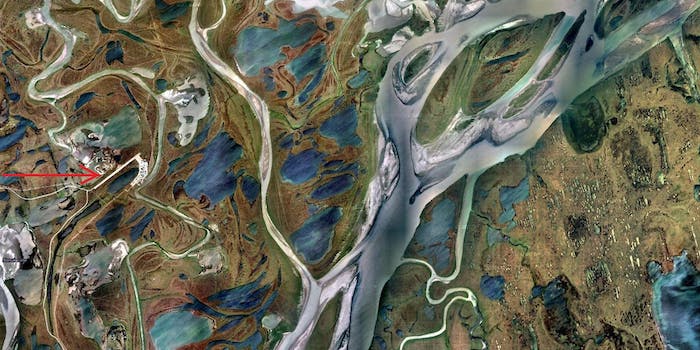 Did Google Maps capture a hidden oil spill in the Alaskan wilderness?

Environmental watchdogs have found another use for Google Maps: exposing unreported oil spills.

The other day climate blogger and environmental consultant Michael Cote shared a gorgeous aerial photograph of the North Alaskan shore. In the image, you can see bands of brownish green permafrost (like “crocodile skin,” Cote says) wrapped in sinuous strands of brackish water—miles to the north, the Colville River disperses into the frigid waters of the Arctic. But look a little closer, and an unnatural shape takes focus: a sickle-like formation, a long straight white line topped with a looping curve.

Zoom in and you’ll see man-made structures: buildings, a pipeline, strange oblong shapes in the water that are likely oil booms. And if you look close enough, there at the south end of the booms, you’ll see a blackish-blue plume seeping menacingly into the pristine waters of the Alaskan wilderness.

Cote thinks it’s an oil spill. And no one’s reported it but him. 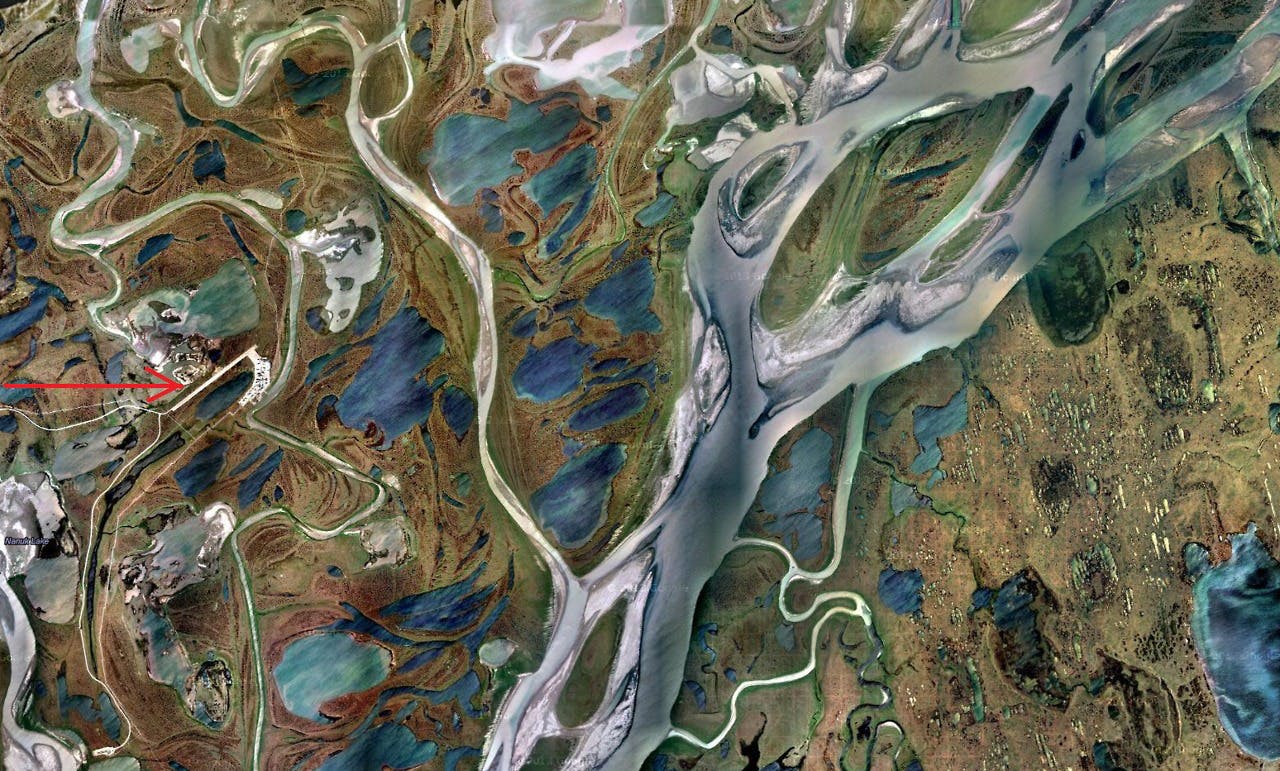 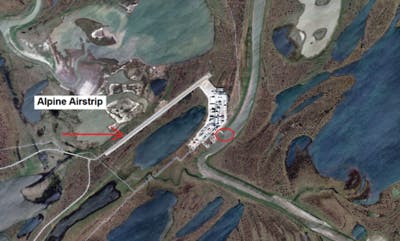 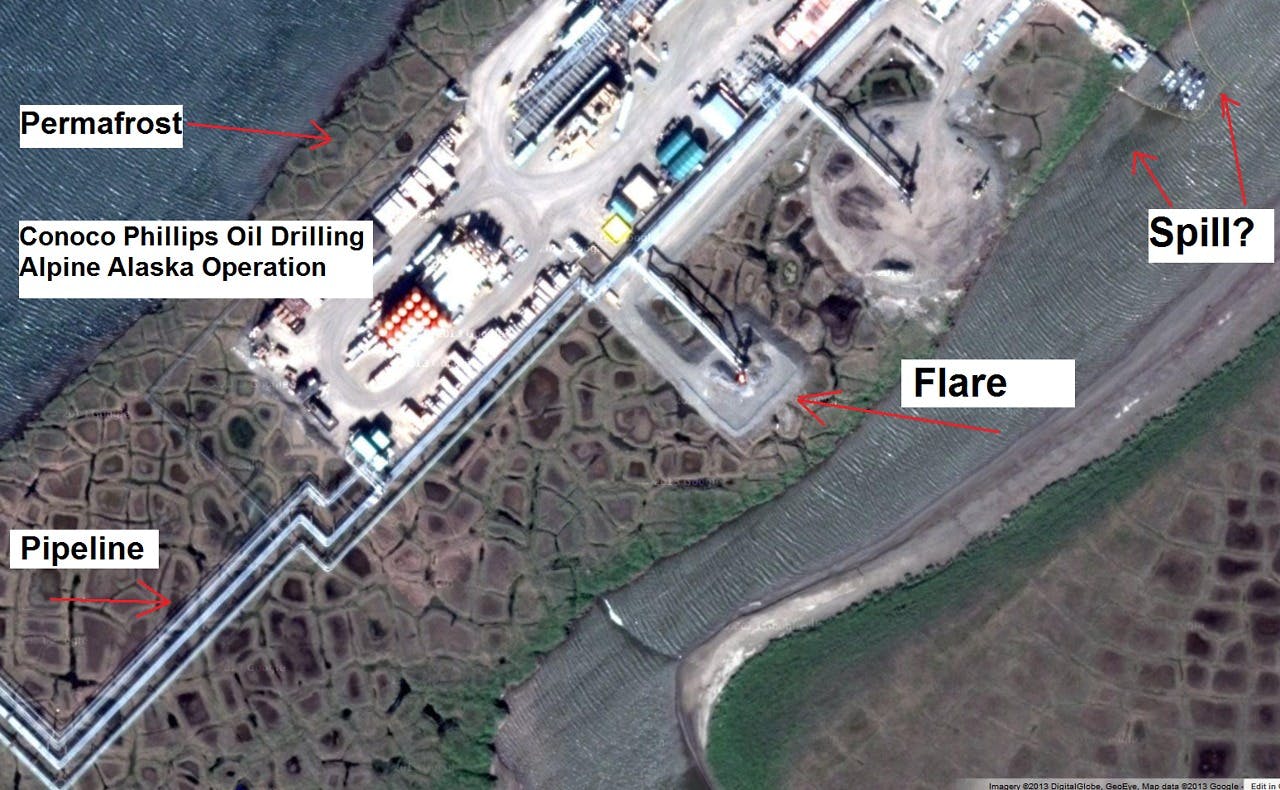 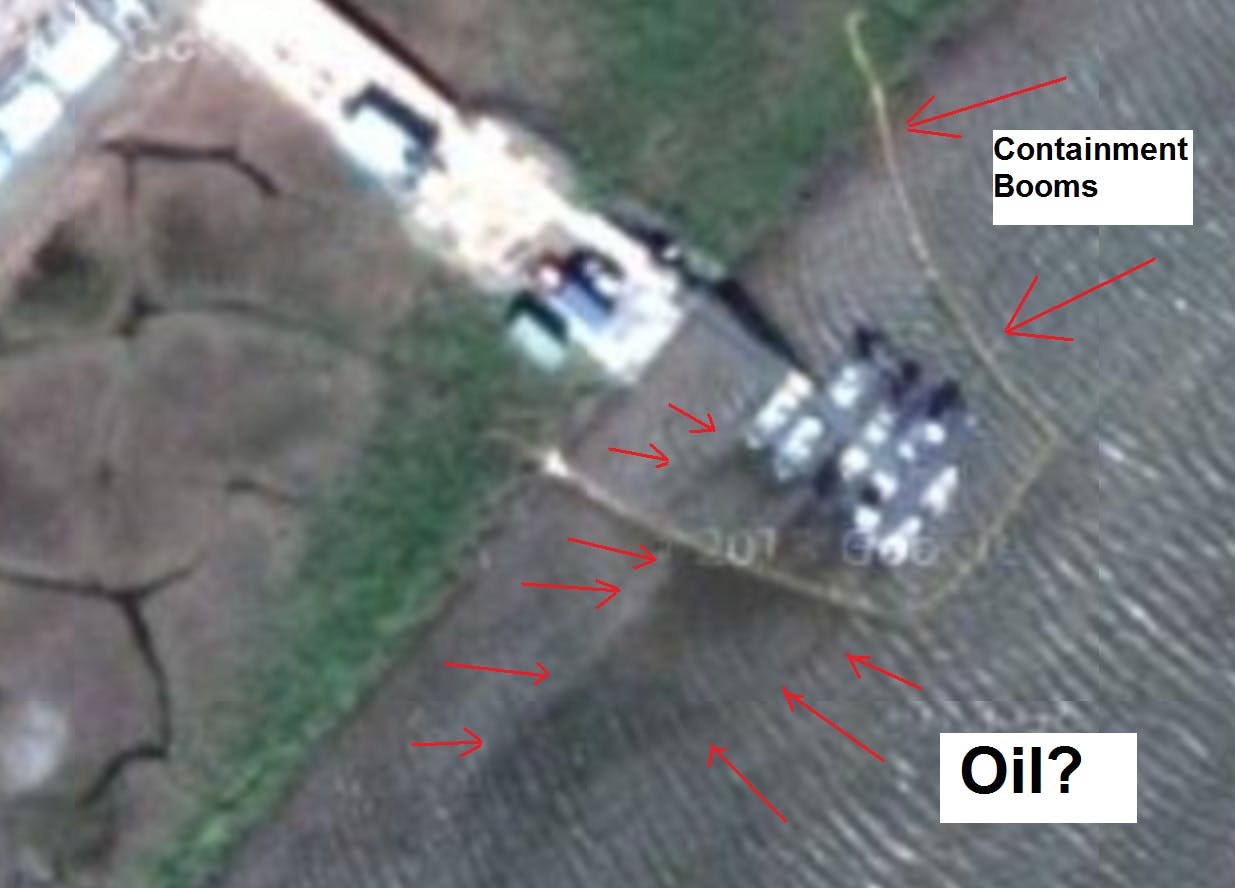 The landing stip, called “Alpine Airstrip,” is owned by ConocoPhlips. Cote points out that the watermark from the image is 2013 “so these satellite shots are very recent,” though it would have to be before winter set in, as the river delta is conspicuously free of ice.

Regardless, Cote is right if there was a spill there, no one has reported it. Google the words “ConocoPhillips,” “oil spill,” and “Alaska” and you’ll find nothing. The state of Alaska’s Spill Prevention and Response division has no report of a ConocoPhillips spill in Alaska’s North Slope. According to Alaskan law, spills must be to be reported to the department immediately upon their discovery.

Just five days ago the Obama administration temporarily banned Conoco rival Shell from drilling in the Arctic after a series of blunders. (Secretary of the Interior Ken Salazar put it bluntly, Shell “screwed up.”) The last time ConocoPhillips itself was in the news for a spill was in 2007, after the company accidentally dumped 2,870 gallons of contaminated water and 1,386 gallons of crude oil into the Kuparuk Oil Field, about 50 miles east of the location Cote found.

So just what is that mysterious black plume on Google Maps? Could it be something other than oil? A trick of light and shadows? A patch of especially silty delta water? ConocoPhillips representatives didn’t return phone calls or respond to emails requesting comment. Neither did Alaska’s Division of Spill Prevention and Response. Cote has since set the post to private as he also waits for official confirmation.