Bookmark it for times of sadness.

If you’re down in the dumps, you need this GIF.

If you’re happy, you still need this GIF.

If you’re riding a train, studying for an exam, eating an extra-cheese pizza, drinking a pint, playing Super Smash Bros., practicing the tuba, watching television, or shopping for new shoes—these things all call for this GIF. That’s because a guy in an inflatable T-rex costume, bouncing around on a Jump Pad is objectively better than Led Zeppelin’s Houses of the Holy. Observe:

The OP’s original GIF, which can be found here, experienced some difficulties with Imgur‘s video-to-GIF tool, which resulted in the plop at the end being cut short. After much noise in the comments, somebody used the source video to create the above result, which we’re going to define as the definitive version. 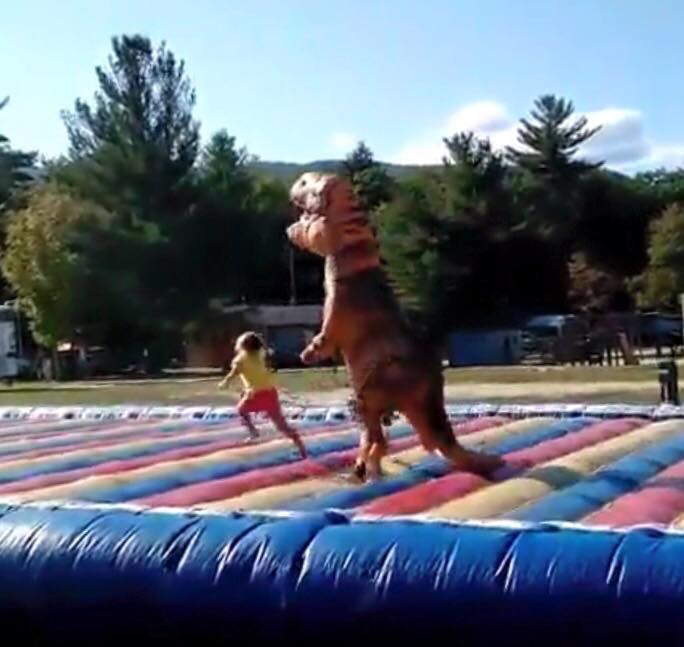 The source video comes from the Facebook page of Pickles B-Rex, where the dino brags that he’s already received an award for Best Jump Pad Exit – 2015. With three months remaining in 2015, the award shows a ton of confidence from its voting community.

If you don’t see the endless possibilities of hiring an inflated dinosaur, maybe this pic of Pickles walking a girl home from school will kickstart your imagination: 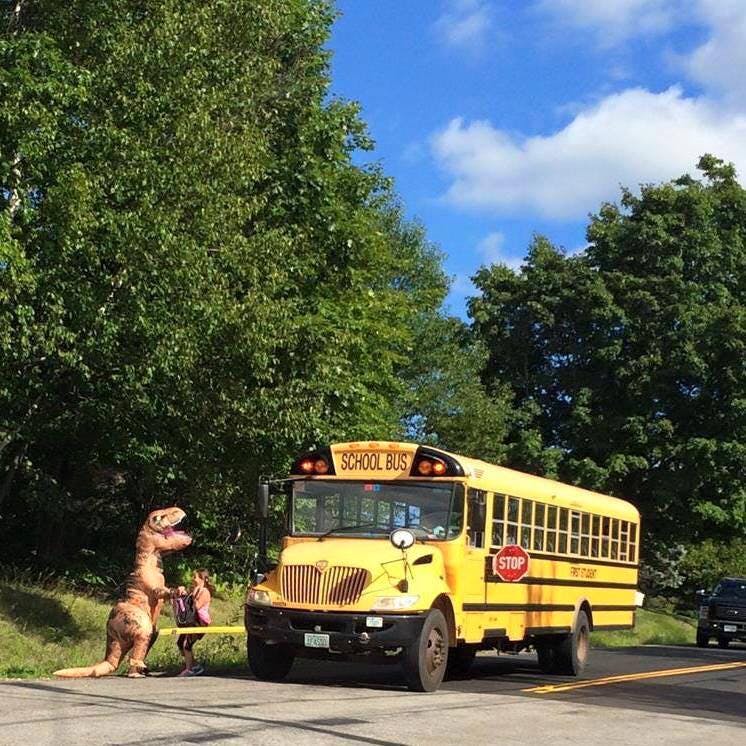 You can also see the original video behind the GIF, which was captured by a friend and then shared by Pickles. For information on Pickles’ natural habitat and diet, there’s also this:

If you’re interested in joining Pickles B-Rex in the battle to make the world a better place, you can do so with an investment of merely $80 for the costume. (If you hated Jurassic World, maybe you should re-evaluate your feelings—do you think we’d still have this awesome GIF without all the super-weird merchandise being made for that movie?)

We also feel that a shoutout to the Jump Pad itself is in order—mainly because it’s amazing. It’s like a moon bounce, but seems like something that an adult shouldn’t be ashamed of being on. It also seems to be the size of a football field—you could have an entire party on that thing. So, yeah, check their site out there site .