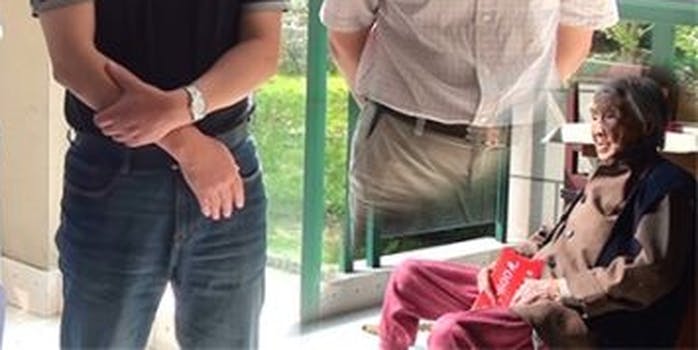 Gargantuan Chinese officials star in best/worst Photoshop of the year

Either that woman is a Chinese hobbit, or this is a terrible work of Photoshop.

Photoshop is the scourge of Chinese officialdom. Only recently, criminals in the country’s southern Hunan province were splicing the faces of officials into pornography stills, which they used as blackmail leverage. And when party leaders try to wield photoshop to their own advantage, things have a tendency to go remarkably wrong.

What you’re supposed to see in this photograph, taken in Ningguo County, Anhui province, are four party honchos, including the city’s vice mayor, visiting a 100-year-old woman. What you actually see, however, are four curious, middle-aged giants hovering over an elderly hobbit. 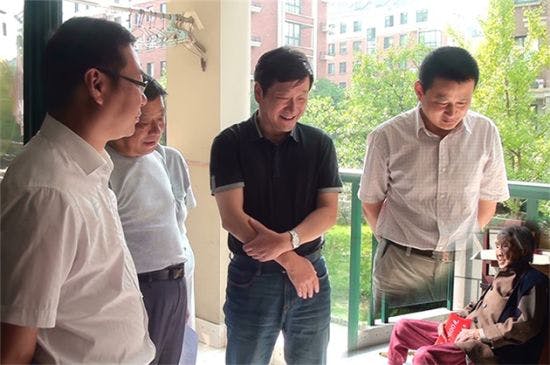 Some local citizens, angry after the government cancelled an online fundraising drive, dug up the photo from the county’s web page, part of a set showing the officials visiting elderly residents to celebrate China’s “Elderly Day.” The photo has since been paraded across Chinese social media as more evidence showing the dishonesty of China’s ruling class and the latest in an infamous series of poorly photoshopped propaganda pictures.

What’s really strange here, as Offbeat China notes, is that those officials really did visit the elderly woman. “It’s more [a] matter of stupidity than dishonesty,” the site observes. As if those options are mutually exclusive.