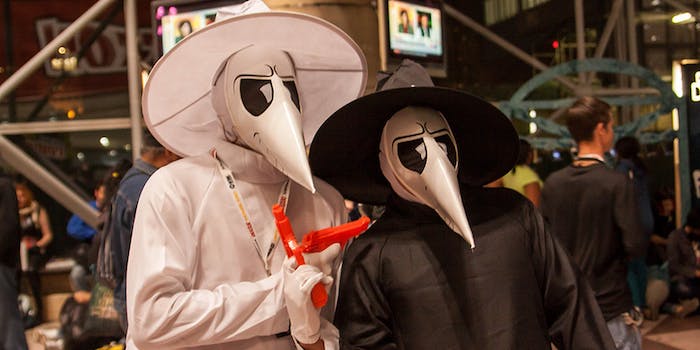 This group just challenged the U.K. government over mass spying

A privacy group claims the National Security Agency (NSA) and British equivalent GCHQ are swapping information on each other’s residents without proper oversight.

Privacy International filed a complaint with the Investigatory Powers Tribunal, the watchdog for public body surveillance, against several U.K. government entities. It is also challenging the government “for the indiscriminate interception and storing of huge amounts of data via tapping undersea fibre optic cables through the Tempora programme.”

Tempora was recently revealed by the Guardian to be a GCHQ program for spying on Internet activity going into and out of the country by tapping the undersea cables. The NSA, of course, has been under the spotlight in recent weeks over PRISM, a program in which the agency allegedly has direct access to the servers of a number of large Internet companies like Facebook and Google.

Neither the NSA nor GCHQ are supposed to be spying on their respective citizens. However, the agencies are reported to be swapping data to get around those rules. Privacy International said in its complaint it is concerned its own communications had been captured by the NSA and passed to authorities in Britain.

“Reports state that the UK had access to the Prism programme since at least June 2010, and has generated 197 intelligence reports from the system in 2012,” Privacy International said in a release. “Without a legal framework, which would allow citizens to know the circumstances in which such spying would take place, the Government effectively runs a secret surveillance regime, making it nearly impossible to hold them accountable for any potential abuses.”

The organization called for an immediate halt on U.K. authorities using the NSA’s intelligence on British residents and an injunction against the U.K.’s tapping of the fibre optic cables.

Privacy International also wants a “declaration that the Secretary of State for the Foreign Office and/or the Secretary of State for the Home office have unlawfully failed to ensure that there is in place a regime which complies with Article 8 and 10 ECHR governing the soliciting, receiving, storing and transmitting by UK authorities of private communications of individuals located in the UK which have been obtained by US authorities.”

It also demanded a declaration that 1) the collection of data through U.S. authorities is unlawful; 2) an order blocking the GCHQ and other security bodies from obtaining such information until a ECHR-compliant legal framework is in place; 3) and the destruction of any intel obtained unlawfully from the U.S. and Tempora.

The Electronic Privacy Information Center and the American Civil Liberties Union are suing over the NSA’s spying, the Associated Press notes. British civil liberties group Liberty is also filing a complaint with the Investigatory Powers Tribunal.

Meanwhile, scores of Internet companies and organizations have called for a Congressional committee to probe the NSA’s data collection methods.