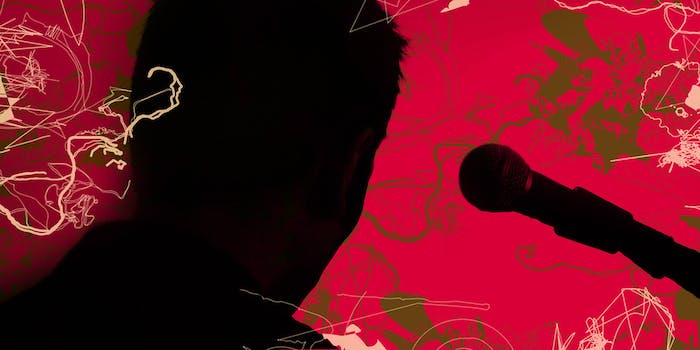 Free speech means learning when to shut up

Real free speech can’t happen unless some people shut up.

When I was a kid I had a friend whose parents wouldn’t let him say “shut up.” Saying this in their family was like saying a bad word.

I’ve since lost contact with my friend, but I’ve always wondered about his parents’ motivation for this rule. Did they want to foster a sense of openness and encourage their child not to close down discussion just because he disagreed? Or did they simply believe backtalk in any form to be a bad thing?

This question gets played out a lot on the Internet. On social networks, where opinions on the subjects of the day can be expressed instantly, people say “shut up” like never before in the history of shutting up. That, or “go die in a fire.” Or whatever the Internet parlance for “I don’t like what you’re saying such that I want you stop saying it” is these days.

And in response to these would be shut-uppers, a lot of other people cry, “free speech!” But what do these cries of protest actually mean?

Free speech is one of the great fundamentals of democratic society, summed up by a phrase often misattributed to Voltaire: “I disapprove of what you say, but I will defend to the death your right to say it.” But there is an inherent conflict between the concept of free speech in allowing those we disagree with to speak their mind, and the practice of free speech in suffering the expression of monistic ideas.

On one hand, the freedom to speak one’s mind regardless of qualitative considerations is a baseline democratic tenet and, for those who believe in democracy, an unmitigated good. On the other hand, debate itself, and Internet debate especially, is a medium where granting equal time to the expression of monistic ideology can actually stop the conversation.

In other words, a person who believes in free speech is at a disadvantage when debating someone who doesn’t believe in free speech. The free speech advocate has to respect what his opponent is saying. Everyone gets equal time, and no one gets censored. Meanwhile, the non-free speech-er, only has to respect his own point of view. Censor anyone so long as it isn’t me. And as anyone who has ever been on the Internet can attest, this can make for no small amount of ugliness.

The immediacy of online media affects the already tangled ideological dynamic of debate even further. Even in online advocacy for democratic ideas, the practice of debate can inadvertently engender consensus and squash dissent. In a lot of ways, that’s the point of any debate, whether online or off—to argue about the pros and cons of a given subject and then figure out the best solution. But in online spaces, where anyone can instantly chime in with equal volume as the debaters, consensus is swift and unforgiving, and fighting for cultural capital can sometimes legitimately take the form of silencing opposition. This, especially when that opposition is acting like complete dicks.

Thus the Internet encourages people who ostensibly believe in democratic ideologies to move quickly from “I disagree with you” to “please shut up now” in an effort to allow the conversation to continue. And yet, that impulse to tell people to “shut up” technically goes against free speech, doesn’t it?

The always hilarious feminist blogger Lindy West has talked about this question powerfully in many different posts for Jezebel. In her piece “If Comedy Has No Lady Problem, Why Am I Getting So Many Rape Threats?”, West describes speaking out against online misogyny as not being against free speech but holding people culturally accountable to the ramifications of what they say.

I was in a debate with [someone]… who essentially took the stance that comedy requires absolute freedom in order to function. Comedians joke about difficult issues because it’s a “release of tension” for people uncomfortable with those issues. It’s “catharsis.” No subject should ever be “off limits” and comedians shouldn’t be “silenced.” And anyway, language doesn’t affect culture, so how could rape jokes have an effect on actual rape? Rape is illegal! Everyone hates rape! Well, that’s the fundamental disconnect between us. I believe that the way we speak about things and the type of media we consume profoundly influences how we think about the world.

What West is talking about has recently been demonstrated with the #YesAllWomen hashtag. When the hashtag broke, some people (read: men) bridled under the implication that all men were to blame for patriarchy. Meanwhile, feminists tended not to acknowledge this dissent to #YesAllWomen on Twitter, because in this case dissent shut down the momentum of the conversation. They believed it more important that the conversation happen than that the abstract ideal of “equal time” be upheld at all costs.

This is not necessarily operating according to the reasoning of “extreme measures for extreme times.” One needn’t necessarily invoke “by any means necessary.” The reality is much simpler: “Equal time,” where the agency of those speaking is grossly imbalanced, isn’t actually so equal.

In a hypothetical debate, a man speaking for five minutes with the whole of the patriarchy at his back is not the same as a woman speaking for five minutes while grappling with that same patriarchy from the other end. A woman shutting down a man’s online response to #YesAllWomen is merely an acknowledgement of a power imbalance that precludes an illusion of free speech.

And this is especially crucial online, where that illusion is most alluring. People on Twitter would seem to be operating on a level playing field. Everyone gets the same Twitter box with the same 140 characters to write his or her point of view. Anyone can speak his or her mind equally on the topics of the day and be heard according to people’s relative interest.

But outside such formal strictures, or where online spaces signify offline realities, this sense of equality quickly breaks down. One look at Jenny McCarthy’s campaign against infant inoculation shows what one celebrity can do even when advocating for ideas that are disproven by science. Add a spoonful of language ambiguity and the already muddy practical dimensions of abstract versus concrete ideas inherent to any debate, and the age-old rule of “might makes right” takes over.

It might not be appropriate for me, a man, to comment explicitly on #YesAllWomen. After all, it isn’t about me. But I don’t mind commenting on the rallying cries of “free speech!” that come after the fact. Because when a woman tells a man to shut up about #YesAllWomen, she’s not squashing free speech. She’s recognizing that free speech where she is concerned can’t happen unless men shut up.

On that note, shutting up now.