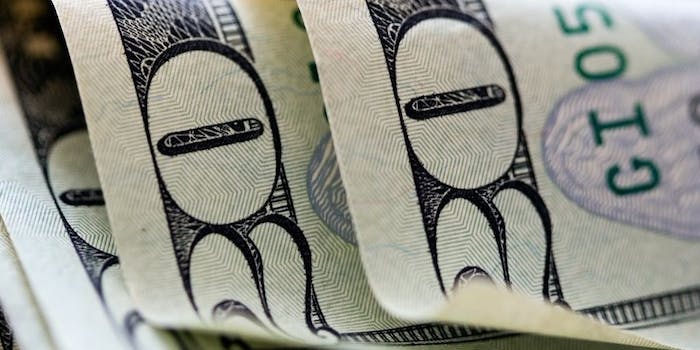 Today in “online dating can be a nightmare” news, an Indiana woman recently went out on a first date with a guy and ended up getting invoiced for her meal after she decided she didn’t want to pursue the relationship any further.

In a thread Wednesday, Twitter user Amanda Burnett shared a photo of an itemized list of food and drinks she’d consumed over the course of the evening, which had been mailed to her house by her (obviously very chill) date.

“I’m posting this on Twitter bc it can prob go viral honestly,” she wrote. “Got this in the mail from a guy I went on a date with a few weeks back because I didn’t text him back. Lol.”

She has since deleted her tweets and made her account private, but Someecards took a screenshot of her photos. On one of her tweets, she wrote simply yet perfectly, “I can’t make this shit up.”

The tweet quickly went viral as Burnett predicted, and the story doesn’t end there. Her date then apparently followed up with a text, letting her know that if she failed to pay her invoice, he’d be handing it over to a collection agency.

Twitter users had plenty of suggestions for how she could reply. Our favorite? Pay his bill in full, but then counter-invoice him for the time she spent on the date (at a much higher rate, obviously).

Send him an invoice for the time you wasted on the date.

Even if the dude was only kidding, the only thing to say is this: Yikes.