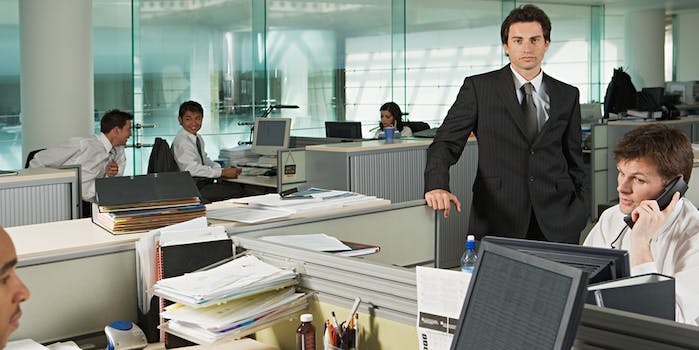 Because 'Fifty Shades of Grey' doesn't have to just be a description of the suits in your closet, Wall Street.

The Tumblr, which has been circulating among Ivy League MBA students for the past few weeks, marries Fifty Shades’ steamy, cliche-ridden prose with obscure financial jargon, resulting in passages such as the following:

Alexandra’s eyes opened wide as Robert (Wharton MBA class of 2008) slowly revealed the terms of the contract, line by line. She gasped.

The interest was enormous.

She could picture herself compounding it, non-stop, year on year. It was a variable rate loan, and she licked her lips in anticipation, thinking about how it would grow slowly before her eyes.

Maximus (HBS MBA class of 2012) groaned as he bent over his desk. He knew that during the turnaround, he would be pummeled by creditors, and have to pump his investors for more liquidity. He gripped the edges of the desk and hoped he had enough stamina left to give them the returns they desired.

According to a Q&A with Bloomberg Businessweek, the Tumblr was created by a group of MBAs and non-MBAs, after one of their friends boasted they had a knack for writing XXX-rated mortgage stories.

“We’re surrounded by people who worked, or will work in finance, some [of] whom take themselves very seriously,” says one of the Tumblr’s authors (they’ve asked to remain anonymous, for fear of isolating future potential employers in the industry). “We thought we’d make finance sexy for them, in a tongue-in-cheek sort of way.”