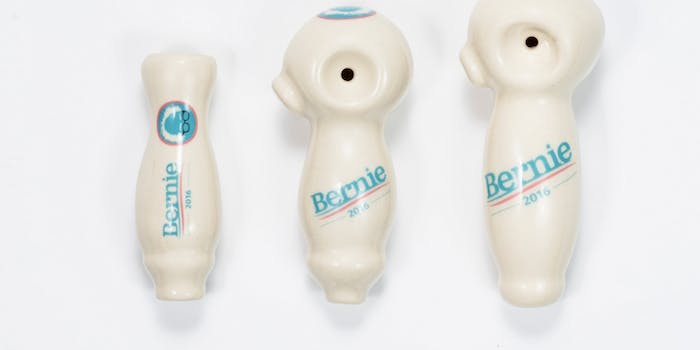 “Feel The Bern” has taken on its inevitable double meaning thanks to Bernie Sanders supporter Ariel Zimman, who is selling ceramic marijuana pipes and chillums adorned with the Vermont senator’s campaign logo.

Based out of Portland, 29-year-old Zimman told the Center for Public Integrity that 10 percent of all proceeds she gets from sales will go towards Bernie’s campaign. The Bernie pipe and chillums go for $60 and $30, respectively.

It’s a strategic move on Zimman’s part (being able to support a presidential candidate and get high—it’s a win-win), but the practice has raised questions about how legal it is to use a campaign logo to sell a product, even if that campaign will receive some of the proceeds. 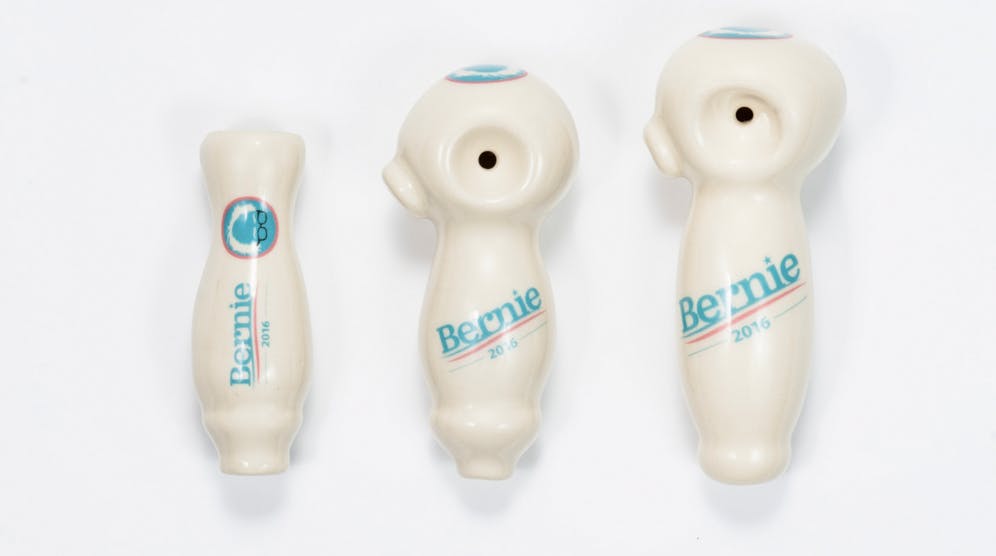 Regardless, Zimman has already sold roughly $3,000 worth of pipes. If you want one of your own, head over to her website.