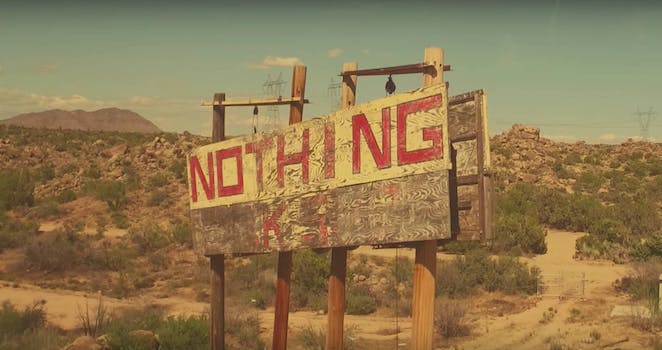 Give your dad exactly what he wants for Father’s Day: Nothing

Nothing, Arizona, that is.

Father’s Day is Sunday, and Century 21 believes it has the ultimate gift for your dad. In fact, it’s got dad down to a science.

The real estate company’s secret? Delighting in the normal nuclear middle-class family trope of your father being so content with what he already has that there’s not a damn thing you can get him to celebrate his dadness. Because when you ask what he’d like, he just goes, “Oh, nothing.”

That’s why the real estate company is trying to sell you a bit Nothing, Arizona, a recently re-abandoned ghost town located in Mohave County.

No, Century 21’s not trying to revive the anti-town that just won’t die. It’s simply capitalizing on the opportunity to claim minuscule parcels of Nothing, divvy them up to the masses for free, then promptly wash its hands of the faux land grab come June 20.

Those willing to enter in their names and the name of their dads will receive a snazzy certificate and Nothing card to print out, which does cost a little bit of cash when you consider the ink cartridges. It’s almost like you spent money on dad! 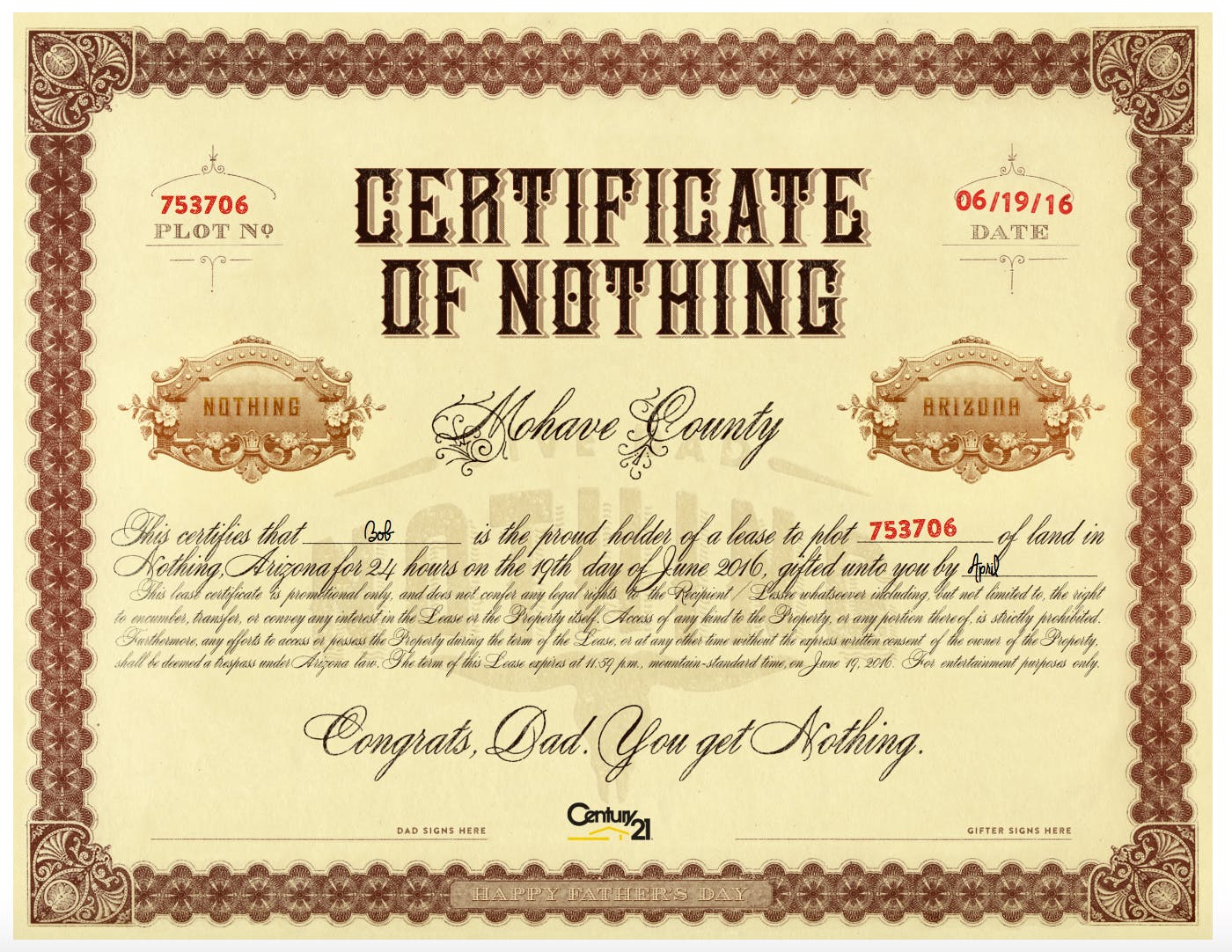 Wikipedia‘s short and sweet synopsis of Nothing, Arizona basically explains how drunkards named it, settled on a wry slogan (“The staunch citizens of Nothing are full of Hope, Faith, and Believe in the work ethic. Thru-the-years-these dedicated people had faith in Nothing, hoped for Nothing, worked at Nothing, for Nothing.”) and repeatedly abandoned it.

In terms of symbolism, it’s not necessarily the kindest message to send to one half of the tag team that birthed ya. On the other hand, Nothing is quite the dad joke.