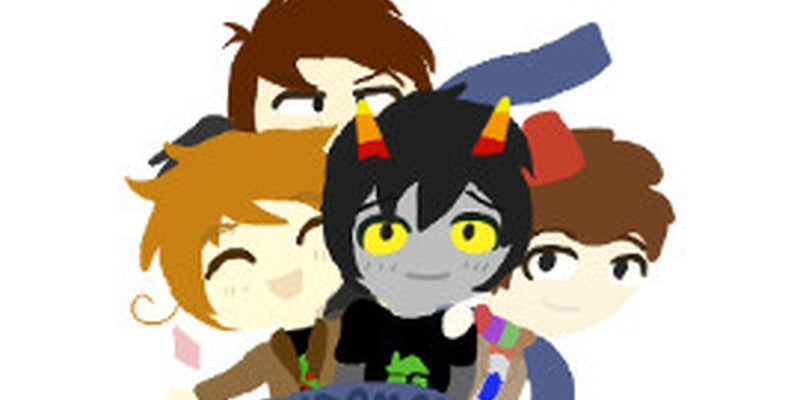 Fandomstuck: A Homestuck crossover with every other fandom

Why are Sherlock, Supernatural and Harry Potter being drawn as characters from the insanely popular webcomic Homestuck? Allow us to explain.

Homestuck, Andrew Hussie’s massive, confusing, and insanely popular webcomic, has gotten so big that it’s starting to swallow other fandoms.

Across Tumblr dashboards and DeviantArt accounts everywhere, fans are turning everything from Sherlock to Supernatural to Sonic the Hedgehog into trolls—Homestuck’s most iconic characters—illustrated in Hussie’s signature Microsoft Paint style. There’s hardly a major fandom left that hasn’t been personified as a Homestuck character by Tumblr artists.

It’s a trend called Fandomstuck, and it all started with a rivalry between Homestuck fans and fans of a manga and anime series called Axis Powers Hetalia.

To understand the meme, you need to grasp the basics of Homestuck. The epic webcomic has topped a million fans, and has been compared to James Joyce’s Ulysses for its impenetrable yet wildly popular narrative.

A subset of characters in Homestuck are known as “trolls.” They’re aliens from another planet, with distinctive features including grey skin, black lips, and orange horns.

Homestuck has long been the subject of crossovers in other fandoms and mini-fandom memes; one that has been slowly building for some time is “Hetastuck,” a crossover concept between Homestuck and Axis Powers Hetalia.

Hetalia is an extremely popular manga and short-length anime series in which the countries of the world are personified as characters who interact as regular people. Because its canon (original source material) is already an Alternate Universe (AU) of reality, Hetalia is a ripe subject for crossovers and random personifications. The first crossovers between Hetalia and Homestuck began around June of 2011, with DeviantArt communities, Tumblrs, and popular fanvids.

The first iteration of Hetastuck was created as a response to ongoing debates between the fandoms on Tumblr and DeviantArt about which fandom was the better one. Though they aren’t similar on the surface, both series have enormous casts of characters, intensely loyal fanbases, and complicated storylines—all of which coalesced to bring about a spate of competitiveness between the two fanbases, which eventually turned into an outpouring of love.

FYeahHetastuck, created on Tumblr in July of 2012, teems with fanart, fanvids, and even cosplay from people declaring themselves fans of both series, and crossing over the two shows and their characters. 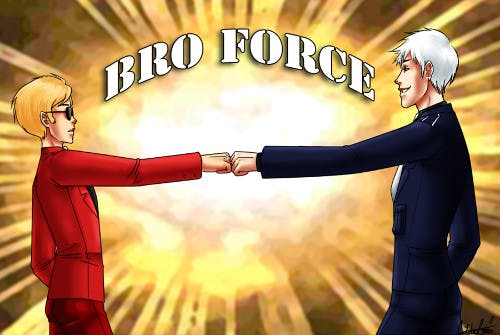 Dave from Homestuck and Prussia from Hetalia doing the brofist bump of fandom solidarity, art by uberchicken/Deviantart

The fandom for Hetastuck began to reach critical mass in January, when the meme went viral on Tumblr. It was only a matter of time before fans took the meme a step further, turning all fandoms into personified characters drawn in the style of Homestuck.

Homestuck, the fandom, is most typically personified as a Homestuck troll wearing the Homestuck logo on a t-shirt. Other fandoms, like Harry Potter, Supernatural, and Lord of the Rings are also drawn as trolls or other characters from Homestuck, but are easily identified by what they’re wearing or how they’re behaving. Often, these fandoms are personified as “friends” of Homestuck.

Polyshipping on Tumblr put it best:

[S]o what you’re saying is that [H]omestuck, a webcomic that is basically already self aware, is now a character in its own [alternative universe]

The meme has primarily manifested itself through fanart, but some fanfiction and cosplay has cropped up as well. Often fanartists accompany the work with an adventure game-style done in the style of Homestuck. 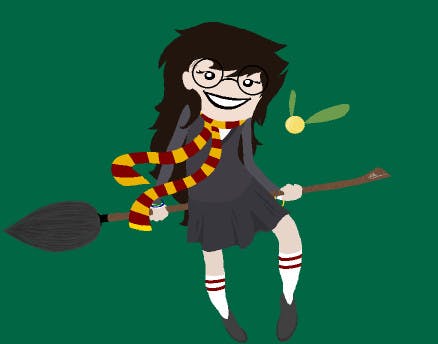 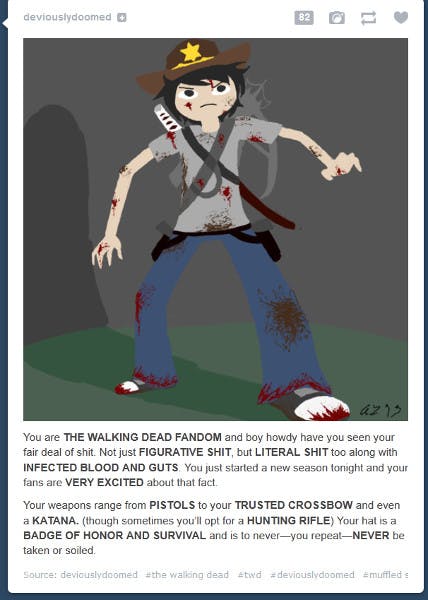 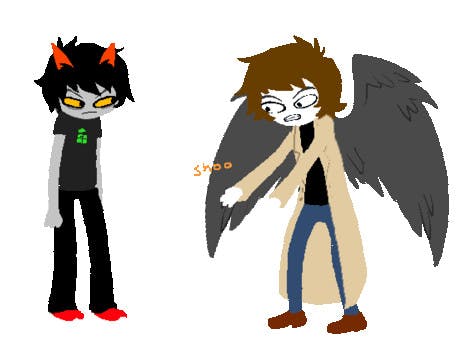 While Homestuck is due to finish up sometime in 2013, Hetalia‘s fifth season has just gone into release. Both fandoms are currently at a fever pitch of excitement, and although not all fans are loving the crossover craze, the energy around this meeting of fandom minds will probably ensure that the Fandomstuck trend continues for a long time to come.