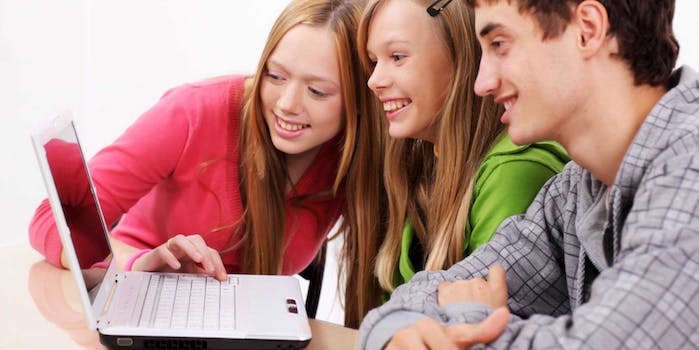 Despite previous pledges to make teen privacy a top priority, Facebook is changing the rules to let users between the ages of 13 and 17 make public posts on the site.

Before yesterday, teens on the social network were only allowed to share their postings with, at most, friends of friends. But citing the need to let its “savviest” users take advantage of the full range of posting options, the social network opted to give teens this choice.

“Teens are among the savviest people using social media, and whether it comes to civic engagement, activism or their thoughts on a new movie, they want to heard,” a statement from Facebook reads.

Along with this change, the default setting for teen posts will now be to share with friends of friends. In the past, their post were automatically limited to just friends unless they changed the option manually.

Though there are surely plenty of teen artists and activists who will benefit from the wider reach their posts can have, it’s no secret that Facebook has vested monetary interest in getting more users to share more information—regardless of age.

This policy shift is occurring at time when teens are leaving the site for hipper, rival social networks. Simultaneously, Facebook is attempting to solidify its business model by maintaining its edge with advertisers.

“[T]he move comes as Facebook tries to encourage its 1.2 billion users to share more information publicly,” notes the New York Times. “The company is locked in a battle with Twitter to convince advertisers that it is a better site for reaching consumers interested in events like sports, television shows and the news.”

But the move could lead to backlash from parents and privacy advocates, who’ve long criticized the social network’s insatiable appetite for user information. Facebook is already under investigation by the Federal Trade Commission regarding whether another set of recent privacy changes violates a 2011 agreement with the FTC assuring the social network would get the explicit consent of users before exposing their information to new audiences.

The effort to let teens share more on Facebook also seems to run counter to a much-promoted partnership earlier this year between Facebook and the National Association of Attorneys General to protect teens’ online privacy. At the time of that announcement, Digital Trends’s Andrew Couts expressed skepticism about Facebook’s real intentions.

“[A]dvising people to avoid Facebook altogether is perhaps the best privacy tip you can give,” Couts wrote. “Instead, the NAAG partnership allows Facebook to promote itself as pro-privacy, despite the fact that the company’s entire existence is built upon people betraying their own personal data.”