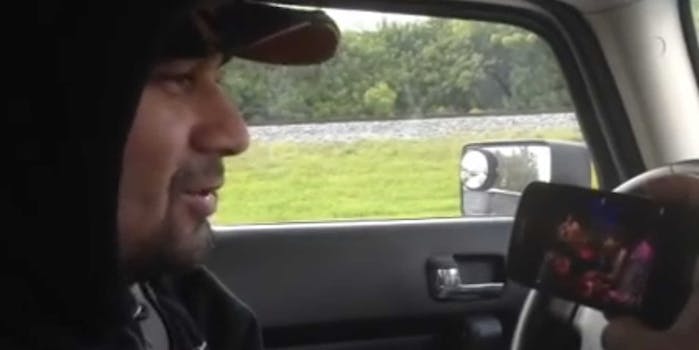 Watch Facebook killer Derek Medina turn himself in to police

Miami police have released new footage of Derek Medina, the “Facebook killer” who allegedly murdered his wife before posting a confession and photo of her body to the site.

Medina, 31, left a long trail online, including e-books about hunting ghosts and a weird YouTube channel. In a video posted two days before he told police he’d gunned down his wife, he roundhouse-kicks a bag while wearing a suit:

But in what might be the final footage of him as a free man, the Miami-Dade Police Department released one more video Friday. Pulled from a station surveillance camera, Medina, accompanied by another man, strolls into the police station, walks up to the counter, then sits down. Police excised five seconds of footage.

His casual manner reflects the remorseless tone in his Facebook confession, posted just hours before: