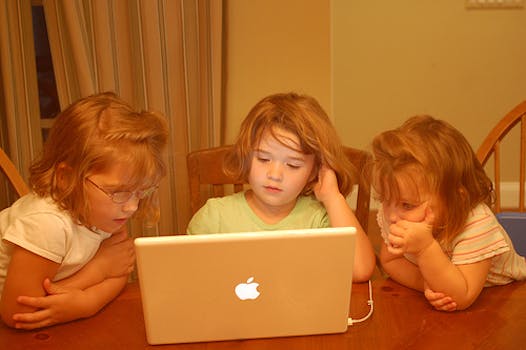 The move would force kinds under 13 to sign-in under their parents' account, fostering adult supervision.

Kids under 13 years old have already found their way onto Facebook. But with the new technology Facebook is developing, they may no longer have to lie about it.

Facebook is currently testing a new type of access to the site that would link the accounts of children under 13 to their parents’ Facebook accounts, the Wall Street Journal reports.

The new technology would link children’s Facebook accounts to their parents’. This way, children would have to submit friend requests and other actions for their parents’ approval, first. It would also mean parents would be charged for games children access on Facebook.

If this technology is enacted, it would allow Facebook to tap into a new audience while creating parental supervision.

Facebook’s Terms of Service do not allow children under 13 to access the site. However, it’s an open secret that kids are on Facebook anyway. According to Minor Monitor’s April survey of U.S. parents, 38 percent of kids on Facebook are under 13.

Even more alarming was that out of 1,000 children’s parents surveyed, 40 kids were 6 years old or younger.

Facebook has run into trouble with the law when it attempts to collect user data. According to the Children’s Online Privacy Protection Act (COPPA), companies must receive parental consent before collecting user data about children. When kids lie about their age, Facebook can’t tell when it is and isn’t in violation of the law.

“Recent reports have highlighted just how difficult it is to enforce age restrictions on the Internet, especially when parents want their children to access online content and services,” a Facebook spokesperson told the Wall Street Journal. “We are in continuous dialogue with stakeholders, regulators and other policy makers about how best to help parents keep their kids safe in an evolving online environment.”

If Facebook implements access for children under 13, it’ll be a move consistent with CEO Mark Zuckerberg’s statement last year that kids should be allowed on Facebook. According to a May 2011 report by Fortune, Zuckerberg vowed to change the COPPA law eventually.

“That will be a fight we take on at some point,” he said.