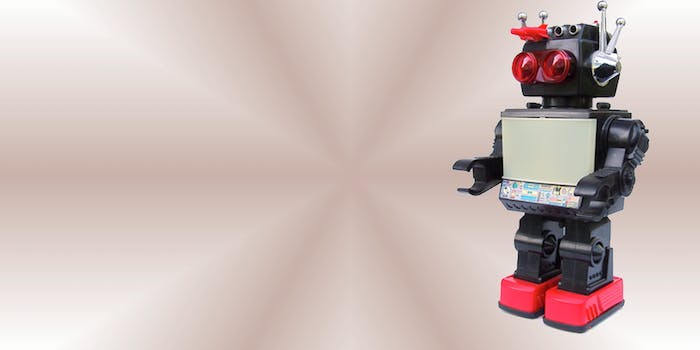 Nothing in life stays the same. But it often seems that the Internet changes at double or triple the speed of “real life.”

Look at Etsy. The “handmade marketplace” built a vibrant community around personal craftsmanship, but today it’s overrun by cheap, factory-made, mass-produced products—many of which fraudulently claim to be “handmade.”

Etsy tapped into a deep passion of many to eschew the generic products that dominate the world today. It gave others the chance to work creatively on something they could be proud of—to be artisans, an opportunity that is extremely rare today.

And it worked. Fabulously. It wasn’t just a new tool or place of business. It was a “lifestyle,” according to Etsy’s own ‘About’ page. It was a social movement.

Not only did the marketplace grow, but people turned their hobby into a business, each of them living out a kind of American Dream, a dream that increasingly few actually believe in.

But Etsy had a problem. Those successful Etsy sellers were not allowed to scale their businesses. The rules said the sellers had to make their products entirely themselves, so the most successful producers found themselves working in sweatshops of their own creation—sweatshops of one.

And Etsy, led by its founder and CEO, Robert Kalin, would not bend on those rules. That rigidity didn’t just limit Etsy sellers, it also limited Etsy itself. There is only so much product that can be handmade.

So Etsy’s board fired Kalin and promoted CTO Chad Dickerson into the top job. Dickerson loosened the rules a bit, allowing “designers” to sell their wares and accepting “collectives” of craftsmen.

As the site grew, vague rules and an ever-increasing volume of products made it nearly impossible to police.

In fact, even when the obviously mass produced products were brought to management’s attention (say, because Etsy featured some in its own promotional literature, for example) the company failed to investigate convincingly. At the same time, Etsy backed away from its founding principles—it no longer bills itself as the “handmade marketplace.”

As a result, many Etsians came to believe that the marketplace wasn’t especially interested in enforcing the rules. After all, greater volume equals greater profits for the company.

So, today, Etsy has become the bargain basement, where bins of cheap goods wait in the thousands.

YouTube announced this week that it will be changing the nature of that community soon as well.

As of Sept. 12, you will no longer be able to post a reply video.

Reply videos allowed you to post a video in response to someone else’s video. When people watched the original, they’d see your response, too. Some YouTubers even used it to create a queue of their own videos.

The feature put videos in conversation with each other. And it provided an entry point for new YouTubers, who could jump into that conversation with the most popular users whenever they liked. It was part of how YouTube created a community of vloggers.

However, the system was also abused. Immediately after the feature was introduced, many users, known as “Reply Girls” would post pointless rambling reply videos with the camera aimed at their cleavage. Without content, the girls could post hundreds of videos every day. Cleavage meant clicks and clicks meant ad revenue.

The reply girls were one of the biggest scandals on YouTube for the next two years. Many YouTubers were enraged by their videos, which they saw as ruining the community.

But now that the reply video feature is being pulled completely, many are concerned about its loss. It’s part of a larger trend that has the most popular users becoming increasingly dominant, while everyone else gets shunted to the side.

As one user, Hustle Code, commented, “More and more the ways in which we connect are being limited, until the internet is little more than what the television used to be. A one way feeding tube.”

Of course, these changes seem pretty minor when you compare them to the revelations about the NSA snooping. Or the fact that countries around the world are banning criticism of the government or Mohammad or anything else they don’t like on social media sites. Or the fact that Pakistan has banned the swaths of the Internet that it doesn’t care for—which is itself amateur hour when you consider the fact that Iran is just building its very own, Ayatollah-approved Internet.

Such changes have caused Chris Albon to ask if we are the last generation that will know a free (as in speech) Internet.

It is a sad irony of the Internet that what originally drew us to it seems to be destroyed by its very popularity. Etsy and YouTube’s investors want more money than the niche communities they originally catered to can provide. Governments around the world were fine with a little opposition when it was just the nerds.

Governments can crack down and companies can move on, but if we don’t want them to, they can’t ever really ruin the Internet. Someone else can start the new handmade marketplace, and while it isn’t easy to cut through the noise of a bustling Internet, there’s also a community out there just waiting for a new home. Iran can build all the walls it wants, but trying to contain a worldwide, peer-to-peer network is like trying to hold water in your hands. It will slip away.

It won’t happen magically, but the Internet can fight back, and because of the Internet, the weapons of control and those of freedom are more evenly matched than they have been in a long, long time.