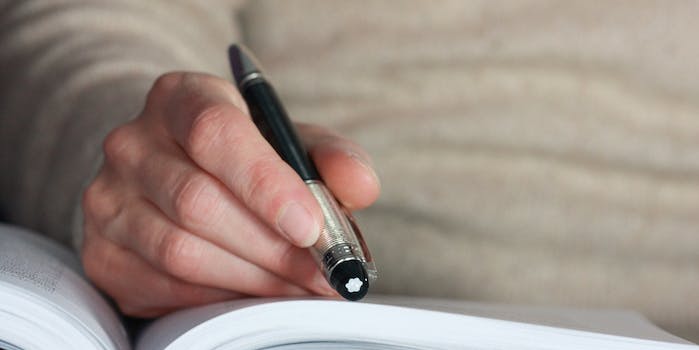 For novelists, public engagement often comes with a cost.

In 2014, the title of “author” carries a certain weighty connotation. Any idiot with a blog can be a “writer,” but to be an author is to have published some kind of volume of note, outside of an online space. Real authors needn’t concern themselves with the petty drudgery of Internet culture or language. Real authors have real books to write, after all. Moreover, real authors do injustice to their own work by bloviating on the Web, and getting involved in the muck and mire that thousands of bloggers invest themselves in every day.

At least, that’s what some people seem to think.

Last week, Emily Gould penned an op-ed for Salon on “Why authors need to stay off the Internet,” focusing on two pieces by well-known writers which recently appeared online. Gould observes, “On Tuesday, author William Giraldi, who has a new novel that has apparently been compared to modern master Cormac McCarthy, took to the Daily Beast to complain, at some length, that too many people were comparing him to Cormac McCarthy. That came hot on the heels of another much-discussed piece by memoirist Margo Howard. Howard took issue with the Amazon reviewers who, via Amazon’s Vine program, received free copies of her new book only in order to review it quite ungratefully.”

“Imagine if most of your working life took place in private, and that actively writing was one of the few things that kept you sane and happy,” Gould states. “Then, suddenly, both of these comforts are stripped away simultaneously… [and] you’re supposed to write little pieces for the Internet about whatever’s currently flitting across your brain, which, if you’re like most writers (insane and petty and obsessive and egotistical and self-loathing in vaguely equal amounts), is probably something that no one, not even your closest friends, should have to read.”

Gould isn’t completely wrong here. There are plenty of reclusive writers out there whose sensibilities would probably not work well on the Internet. And we’ve already seen many of our most beloved writers put their feet in their mouth in colossal fashion online, calling into question whether they’re doing more help than harm for themselves and everyone else by continuing to maintain a Web presence. That said, it’s impossible to expect all “serious” writers to stay off the Internet. On top of which, being an author isn’t what makes you bad at the Internet in the first place. Some authors are great at the Internet. It all depends on who you are.

Gould isn’t the first person to advise authors to stay off the Internet. Twitter in particular has proven to be a lightening rod in this regard. Earlier this year, America’s most spooktacular storyteller, Stephen King, caused a minor bit of outrage after weighing in on the Woody Allen–Dylan Farrow controversy. On the less genre-focused side, National Book Award winner Joyce Carol Oates has elicited loads of chastisement in her time on Twitter, for everything from literary trolling to what many consider to be vile racism.

But the king of writers known for being offensive on Twitter has to be Bret Easton Ellis. Some of the American Psycho author’s most notorious observations include Hitler-baiting; suggesting gay authors can’t play straight characters; claiming director Kathryn Bigelow is overrated because she’s a woman; asserting that comments about AIDS, rape, and pedophilia aren’t “inappropriate” anymore; and calling Breaking Bad overrated (to some, that last one was the most offensive of all). And those were just from 2012. It’s likely that many remember the tweet where he likened the show Glee to stepping “into a puddle of HIV” more than any of these, and that was all the way back in 2011.

Authors don’t only step over the line in think pieces, like the ones Gould points out, or tweets either. A few months ago, Fight Club author Chuck Palahniuk pissed a whole bunch of people off during a Reddit AMA where he discussed how hard it is to be a white man in America. Recently, author Kathleen Hale wrote an extremely controversial piece about stalking a bad reviewer. For a lot of readers, this basically ruined their opinion of the author, as well as books they’d previously enjoyed.

That’s the real issue here. For the most part, seeing a cherished author act like an idiot online is harder on us than it is on them. They get to keep writing, to continue putting in their perspectives into the world, however tarnished those perspectives now look. But fans have to live with what they’ve said every time they pick up one of their books. It’s hard to imagine that so many people would hold someone like J.D. Salinger in such high regard had he spent time tweeting about his strange personal life. But because Salinger was a recluse, people were able to project their own ideas onto him. Postmodernism dictates that your opinion of an author’s work is just as important as the author’s intent. But it’s a lot harder to form an opinion when you have to contend with an author’s online persona.

Nevertheless, to expect that authors will stay offline in this day and age is a fool’s errand. By now, basically everyone leads a digital life in one way or another. Certain authors have obviously struggled with mixing their creative lives with their digital ones, but that doesn’t mean this struggle is going to apply to all authors. Not to the same degree, anyway. To a certain extent, we are all beholden to the Internet gods, which means that we are all that much more likely to post something stupid online, at least once. But a person’s profession doesn’t necessarily have anything to do with that.

Case and point, take YA mainstay John Green. With brother Hank, Green’s Vlogbrothers channel on YouTube has gained him a fame that stands on its own, even without taking his literary career into account. And through other efforts, Green has continued attempting to make the Internet a better place for everybody. This is why both the book and film versions of The Fault in Our Stars were such a big success: Green knows how to communicate with an Internet-savvy generation.

Of course, creating a viral media empire doesn’t automatically make you a great writer. But there are plenty of critically acclaimed authors who’ve been praised for their online presence too. Neil Gaiman and Margaret Atwood are regularly applauded for their prowess on Twitter. And Gaiman also maintains an active blog, along with fellow genre titan George R.R. Martin, whose page is cheekily titled Not a Blog, as if he had Gould’s criticisms in mind when he created it.

Writing books also doesn’t preclude you from writing an interesting opinion piece. Gould took issue with Giraldi and Howard for getting too personal, but getting personal doesn’t always translate to “whining.” For proof, take a look at Gaiman’s “Why our future depends on libraries, reading and daydreaming,” which appeared in the Guardian, or Atwood’s “Hello, Martians. Let Moby Dick Explain,” published in the New York Times.

It’s important to remember that authors aren’t the only ones who can be surly and angry and write on the Web at the same time. Thousands of trolls do that for free everyday. The difference is that people rarely notice when trolls do it, because as individuals, they don’t matter. Authors, however, are supposed to have a unique voice, which sets them apart from “ordinary” people. But when that voice says something stupid, it’s hard not to lose respect for that author’s larger body of work; who wants to read Less Than Zero while thinking about Ellis’ nasty quips about AIDS?

Would it be better for their careers if some of these authors kept their opinions to themselves? Maybe. But obviously, being authors doesn’t give them a premium on being weird and withdrawn. And we can’t take that away from those in the literary world anymore than we can take that away from everybody else. At its best, the Internet brings people together. And while this isn’t always a good thing for today’s authors, giving them additional ways to interact with their fans doesn’t have to be the end of the world either.

When we think of literary genius, most of us don’t immediately think about Twitter and blogging in the next breath. But by the same token, there are a growing number of writers out there who’ve managed to use the Internet to their benefit. Again, this is why an authors’ presence online is really our problem, not theirs. Seeing our favorite authors crash and burn spectacularly isn’t easy, and unfortunately, the Internet makes everyone’s failures that much more public. But at a certain point, we have to set aside our more pretentious ideas about what “real” authors should and shouldn’t do, and remember that no one can take away the books that made us fall in love with them in the first place– not even the men and women who wrote them.