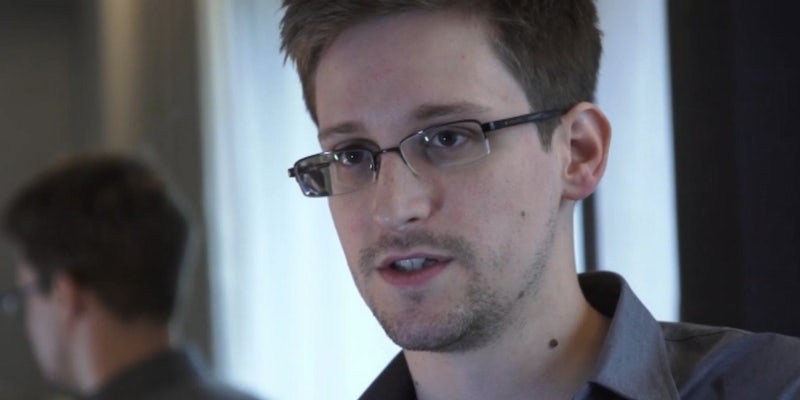 The most important whistleblower since Bradley Manning, currently in Hong Kong, says he "doesn't want to live in a society that does these sort of things."

The whistleblower who exposed PRISM, the mysterious program that allows the National Security Agency to spy on users of nine different Internet companies, has revealed himself as Edward Snowden, a former CIA technical assistant and current employee of Booz Allen Hamilton, one of the country’s biggest security contractors. The 29-year-old high school dropout told the Guardian he did it all for Internet freedom.

The NSA has built an infrastructure that allows it to intercept almost everything. With this capability, the vast majority of human communications are automatically ingested without targeting. If I wanted to see your emails or your wife’s phone, all I have to do is use intercepts. I can get your emails, passwords, phone records, credit cards.

Why he’s in Hong Kong:

The only thing I can do is sit here and hope the Hong Kong government does not deport me … My predisposition is to seek asylum in a country with shared values. The nation that most encompasses this is Iceland. They stood up for people over internet freedom. I have no idea what my future is going to be.

Snowden chose the country because he “believed that it was one of the few places in the world that both could and would resist the dictates of the U.S. government.”

Manning was a classic whistleblower. He was inspired by the public good.

And his analysis of the leak:

[The documents reveal] that the NSA routinely lies in response to congressional inquiries about the scope of surveillance in America. I believe that when [Sen. Ron] Wyden and [Sen. Mark] Udall asked about the scale of this, they [the NSA] said it did not have the tools to provide an answer. We do have the tools and I have maps showing where people have been scrutinized most. We collect more digital communications from America than we do from the Russians.

Watch a video of Snowden discussing the past week here.

Free-speech advocates are already throwing support behind Snowden. A rally in New York City’s Union Square is planned for tomorrow at noon.

The whistleblower is still paranoid about being spied on, and he says he covers his face and his laptop with a “large red hood” when entering his passwords.

Even if the NSA has means to spy on Facebook and Google users, the companies involved stated they had never heard of PRISM. That doesn’t matter. The NSA likely never shared the details of its operation with any tech giant—just passed along its demands.

Which prompts another question: Do we need PRISM companies at all?