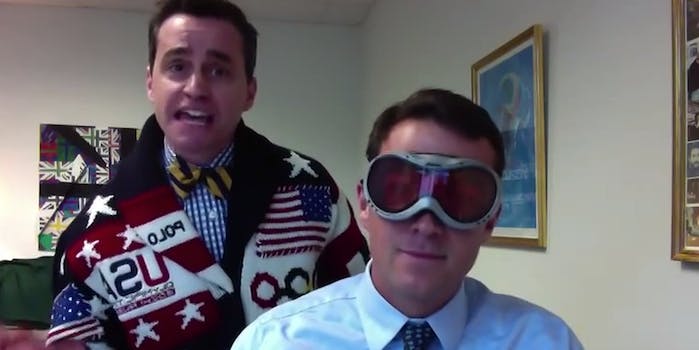 Stop, collaborate, and listen to this announcement.

If you’re going to close your school for students, why not have a little fun with it?

North Carolina is once again blanketed in snow, and when it came to announcing Durham Academy’s closure, Head of School Michael Ulku-Steiner and Assistant Head of School Lee Hark could have easily sent an email to its students or called their homes like most other districts.

But with who knows how many more snow days ahead of them, they collaborated and rapped their announcement instead with some help from Vanilla Ice.

Ice is back and the roads will glisten in Durham, N.C., but at least school is closed before conditions become deadly.

They’ve set the bar for their cancellation notices, and if the icy conditions continue, they’ve got a large task of topping themselves ahead.