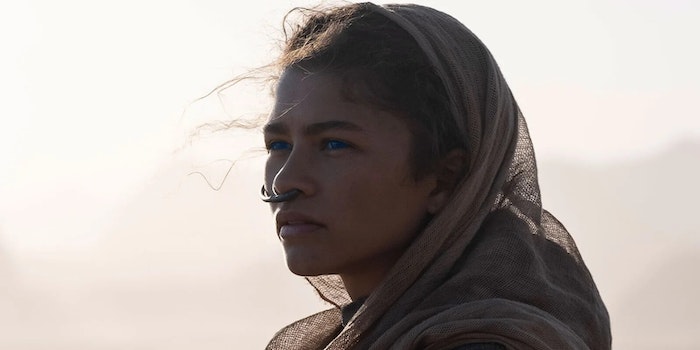 The new ‘Dune’ movie will have better roles for women

Director Denis Villeneuve improved some of the lead female roles from the book.

Directed by Denis Villeneuve (Arrival, Blade Runner 2049), the new Dune movie is gearing up to replace Star Wars as the big sci-fi blockbuster event of the year. Vanity Fair just shared our first look at the film, introducing a star-studded cast including Timothée Chalamet, Oscar Isaac, Zendaya and Jason Momoa. Unsurprisingly for an adaptation of such a beloved book, the film’s aesthetic is already proving divisive among fans.