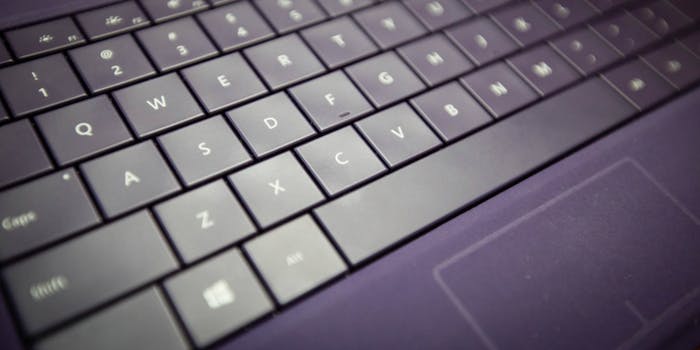 Relationships can be a challenge, and they ultimately lead to some awfully petty moments—like when this trash dude tried to delete his girlfriend’s entire honors thesis.

In a post on Reddit‘s r/relationships that has since been deleted, cara1947 related her tale of a boyfriend who sulked so much about her interest in academics that he eventually tried to wipe out every copy she had of her longest, most intensive work. 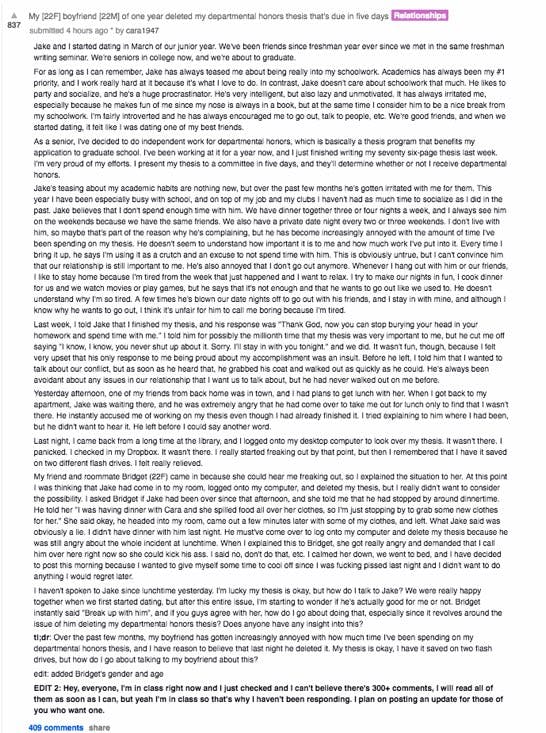 This is just something you don’t do. If you’ve ever written a thesis—hell, even a one-page paper with double-line spacing and 14-point font—you know that it takes serious time you’ll never get back, all in hopes that you’ll pass and never have to set foot in another college again (until you realize that the real world is a scary place and college really isn’t that bad).

So just imagine what this girl must’ve been feeling upon having her boyfriend delete a 76-page thesis. That’s right: 76 pages. 76. PAGES.

Fortunately, she’d backed up her work, but a lot of people are went in on the boyfriend in the Reddit thread, calling him everything from a “dip shit guy” to a “piece of shit.” Some dude who goes by the name kingpaint (and is allegedly a professor) even recommended reporting him to the college and offered their two cents on a more personal level:

Removing my professor’s hat: I would not only dump him, I would fuck with him first: I’d tell him that you are instigating legal action to sue him for whatever it would cost you to retake the year. I’d be tempted to call the police even, to scare the shit out of him. But I guess that isn’t realistic!

Moral of the story: Never mess with your significant other’s academic career. In fact, just stay away from their computer altogether. Oh, and maybe get some goddamn interests of your own.