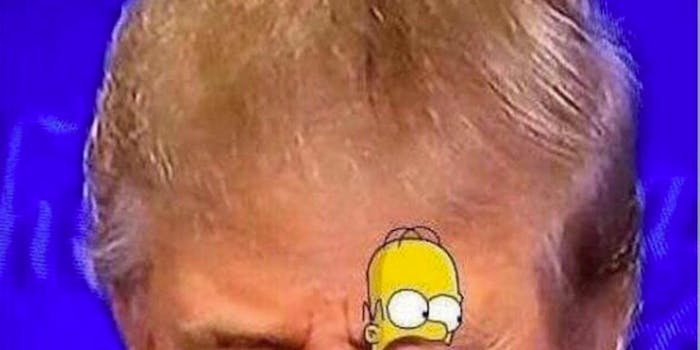 You’ve seen the viral image of Donald Trump’s eyes replaced with his lips. But there was something else about Trump’s appearance at the third presidential debate that we couldn’t quite put our finger on—until Thomas Harris figured it out.

I have laughed so hard at this over the last 10 minutes that I felt the urge to share. pic.twitter.com/z9lYT56coc

It’s one of those things you just can’t unsee. The tweet has already been retweeted more than 12,000 times. The best responses were obviously The Simpsons reaction GIFs.

@KateKnibbs it's even weirder when you realize that's Homer's beard pic.twitter.com/ATsb6xhIps