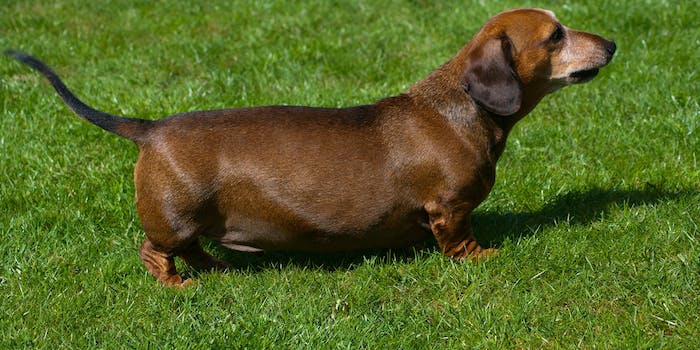 Where are the referees to call this dog out?

Everyone loves watching dogs play together. The clash of temperaments and attitudes makes for interesting interactions. When you line up a group of small dogs from different breeds for a race, however, you’re bound to see the ugly side of competitiveness.

That’s exactly what happened in this video from June 1993 that recently resurfaced on Reddit. One of the dogs took the race a bit too seriously.

There is no officially recognized organization that regulates mixed-breed dog racing in the United States—we checked—which means the other dogs in this race have no supervisory group to which they can appeal for a review of the race.

With no authorities on hand to raise a red card, it looks like the wiener is the winner.

Photo via HackBitz/Flickr (CC BY 2.0)