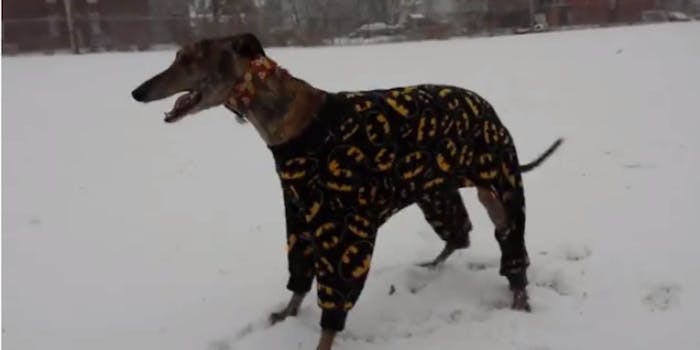 There’s at least one pet who’s ecstatic about the snowstorm that hit much of the country yesterday.

Scott Merrihew’s dog, Mosley, is pretty lazy when it comes to, well, anything not involving food. But when it came to the first snowfall of the new year in Pittsburgh, the greyhound was in heaven.

And when he’s rocking a pair of Batman pajamas better than Macklemore, he can accomplish anything. Running speed, spins, even saving Gotham. All he’s missing is a cape.

You might not be able to go out anywhere today, but you can still play in the snow.