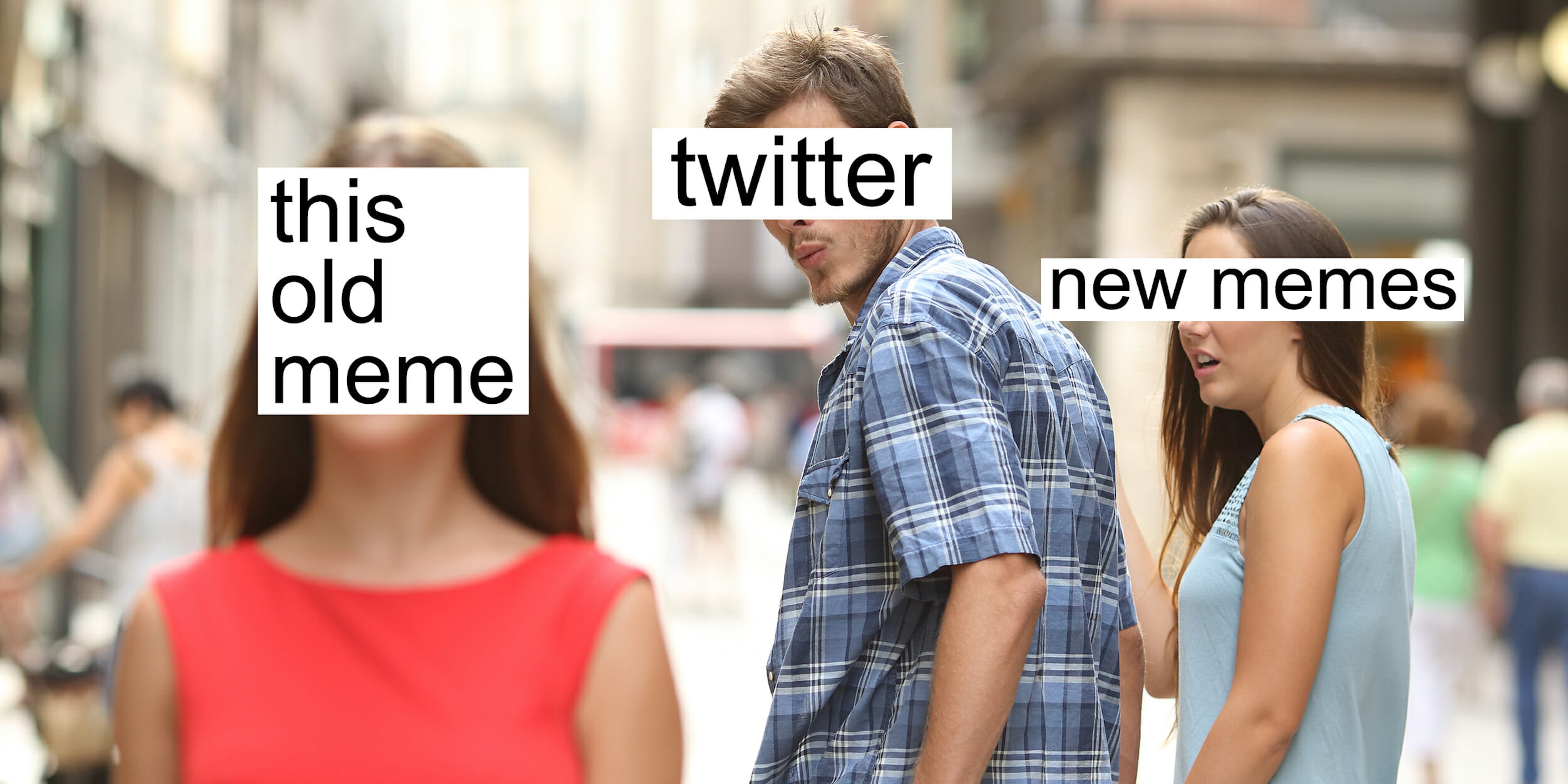 The internet still loves this story of a stock photo couple.

The “distracted boyfriend” meme, in which people put various captions on a stock photo of a man checking out another woman while in the company of his partner, went viral in August. Months later, people are still looking into the other stock images that feature the models in the popular meme, thanks to photographer Antonio Guillem’s publicly accessible portfolio. When the meme first went viral, people started creating fan-fiction stories from these images. And apparently the internet is not tired of them.

On Monday, Andrew J Abernathy posted several of the stock photos to Twitter and wrote a story for the couple in them.

Looking up stock photos for work and I think I found "distracted bf" girl. pic.twitter.com/pU4flzuLDT

After being blatantly disrespected by her bf on the streets, it looks like she is also having trouble with homework. pic.twitter.com/fi0gsecpgQ

Looks like she didn't learn her lesson and they're buying something expensive together. pic.twitter.com/BYwIB1NsDV

That man is a deadbeat and you knew it! Now look what happened. pic.twitter.com/jgnZGT7JxG

What did I tell you? He gone. pic.twitter.com/z6C0Lh0D6w

The red flags just piled up and piled up didn't they? pic.twitter.com/JslCA38kZO

JUSTIFIED. Too little too late though pic.twitter.com/m3L8TraW73

Andrew tweeted that he “wasn’t aware” of similar stories that featured the stock photo couple, even though it’s been repeatedly covered online.

Thank you for showing me other peoples' similar work – ALL good, all funny! I genuinely wasn't aware of it. I saw the first photo while looking for "writer's block" images for work and spontaneously tweeted it out. I'm just happy other people could get a laugh today!

But the internet didn’t seem to mind. The Twitter thread was widely praised.

This is so much weirder than I could ever have imagined. This thread is amazing. https://t.co/9PeS58EfzV

At first, you may not think this will be a promising thread. And then, you go on an amazing journey. https://t.co/bIFxvUQ5Gx

This thread is Twitter storytelling at its best. https://t.co/IobD5gzL7O