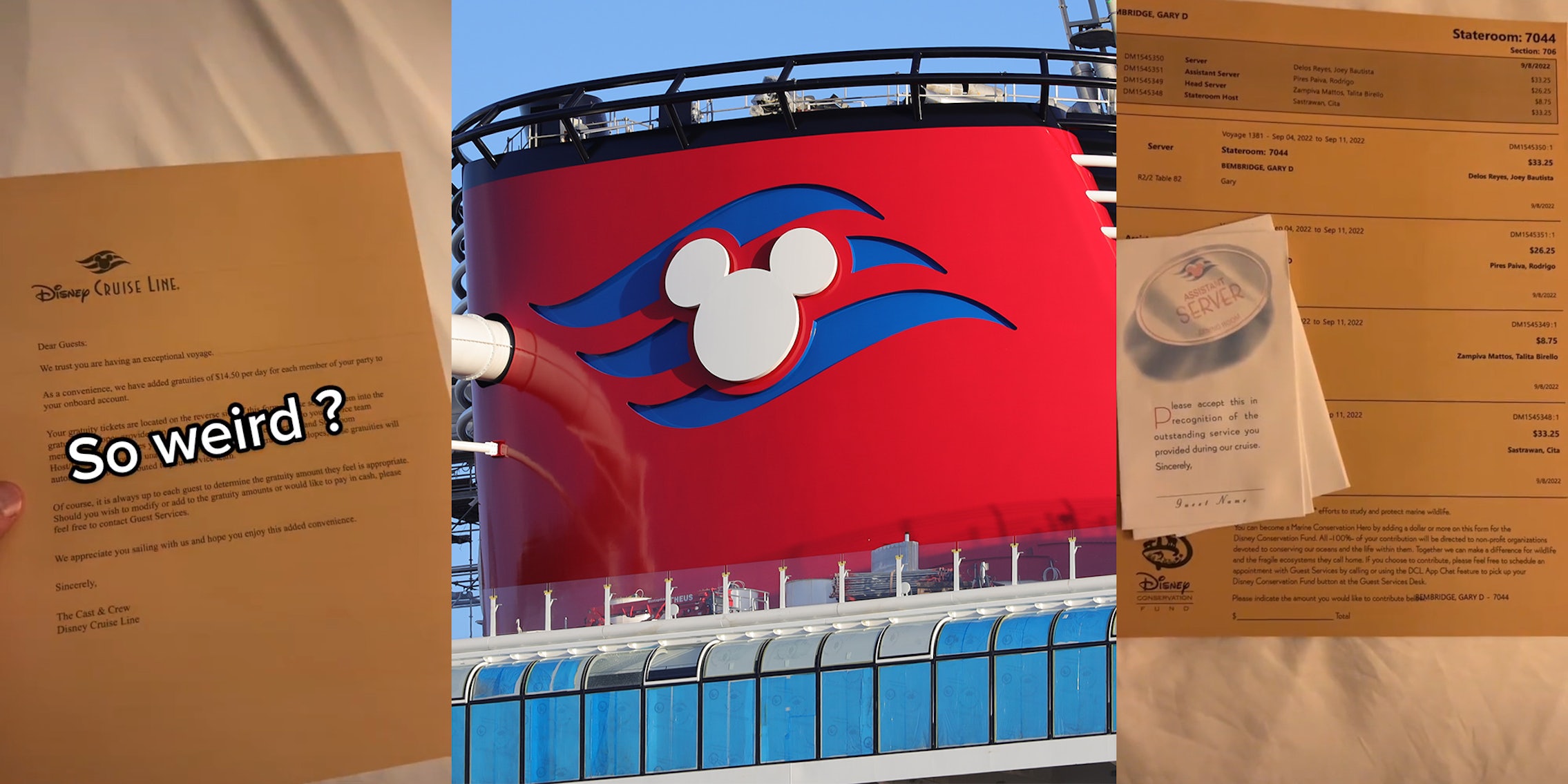 'Never seen this on any of the many lines I have been on.'

Believe it or not, people are still going on cruises. A recent TikTok about the tipping policy on the Disney Cruise Line sparked debate about how much gratuity is gratuitous.

This week, TikToker Gary Bembridge, a “cruise travel vlogger” who runs a travel tips site, posted a letter given to Disney Cruise Line travelers “towards the end” of their trip, breaking down how much tip the various servers and hosts should get. And then you’re given an additional way to give them tips.

“What they’re saying is, ‘Give more gratuity,'” Bembridge says.

According to a Disney Cruise Line FAQ, “It is customary to give gratuities in recognition of exceptional service,” and they “recommend a gratuity amount of $14.50 per night, per stateroom Guest, including infants and children—which will be dispersed to the Crew Members who serve you daily in the rotational dining restaurants and your stateroom.”

In the letter Bembridge posted, it mentions the “added gratuities of $14.50 per day,” but it does not seem like it’s optional. In the comments of the TikTok, which has more than 360,000 views as of Friday, is a common sentiment: A massive corporation like Disney should pay their employees a living wage. Others said they don’t mind giving extra if they got great service, and that if someone is taking care of you for a week, you should tip accordingly.

A TikTok about Disney Cruise Line’s “pre-paid” tipping was also posted last year and evoked similar confused reactions about how much you’re supposed to tip.

Bembridge tells the Daily Dot that he hasn’t heard anything from Disney, but doesn’t expect to, as this is a longstanding policy.

“Never seen this on any of the many lines I have been on,” he wrote via email. “I have been on so many lines and this is very overt and strange, as lines with auto-added gratuities just see that as end of the story. Though many guests—including me—will tip more for great crew members.”