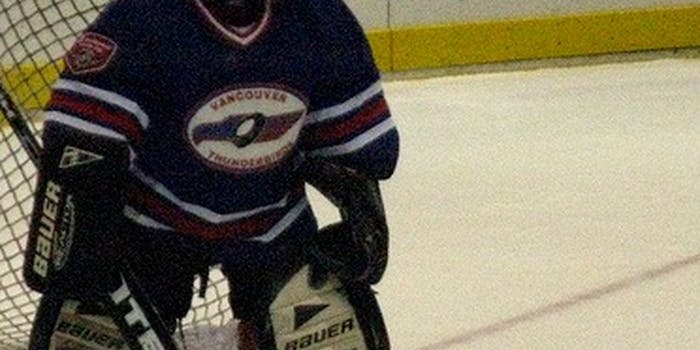 The University of British Columbia athletics department attempted to shut down a "creepshots"-style site called Dime Watch, alleged run by the school's hockey players. "Dime Watch" pages have popped up at three other Canadian schools.

The University of British Columbia’s athletics department is investigating after a college hockey star was connected with a website which rated women based on their appearance.

Ben Schmidt admitted creating The Dime Watch for a friend. The site referred to women as “dimes,” which is another way of saying a “perfect 10.” A related Twitter account, which Schmidt was not linked to, posted photos of women without permission and harassed them, reports CTV.

The athletic department at the Vancouver, Canada, university became aware of the site Tuesday, and asked athletes believed to be connected to remove it. Both the site and the @UBCDimeWatch account were removed Thursday, though the former has simply been made private.

The athletics department is investigating to determine whether Schmidt, who is exploring legal options regarding “defamation,” will face discipline.

“The concern was (the website) was connected to Twitter and when you look at that account there are many comments that I consider embarrassing, derogatory and demeaning to both men and women,” Theresa Hanson, associate director of the athletics department, told the Vancouver Sun.

The photos which appeared on the Twitter account were much like the ones found on Reddit’s now-closed r/creepshots section: images of women taken in public spaces, without their knowledge, which generally objectified them.

Photos appeared on @UBCDimeWatch alongside comments such as “Close your legs u dirty whore” and “Tits in the pit.”

Justin McElroy of Global BC claimed it was hockey players other than Schmidt who were running the Twitter account and making the lewd comments to women. UBC Insiders, an independent website covering campus events, suggested links between a player and @UBCDimeWatch through information hidden inside photos shared on their respective Twitter accounts.

It was the editor of that site, Neal Yonson, who uncovered Schmidt’s connection with The Dime Watch website. Yonson shared that information on Twitter, where student Ekateryna Baranovskaya retweeted it and criticized Schmidt.

As campus newspaper The Ubyssey noted, @UBCDimeWatch and UBC athletes, using their own accounts, afterwards targeted Baranovskaya with insults and “derogatory names.”

UBC students are prohibited from engaging in “physically aggressive behavior, assault, harassment, intimidation, threats or coercion” against others.

Several Twitter users were pleased to hear of @UBCDimeWatch’s demise. Melody Sinclair Brooks said she blocked “the creep months ago for harassing me.”

Another student, Kathleen Mills, wrote, “I hope there is a special circle of hell for the dregs of humanity who think shit like @UBCDimewatch is okay. So unacceptable in every way.”

The UBC athletics department is currently participating in a campaign called Be More than a Bystander, which is aimed at ending violence against women, whether in the form of a “joke, cat call, comment [or] put down.” If it truly is the department’s hockey players behind the account, they might have some explaining to do.

The furor around The Dime Watch follows a man being charged with secretly observing/recording nudity in a private place following an incident this month where a male was caught filming inside a women’s locker room at the university.

Meanwhile, it does not appear UBC’s investigation will kill off the Dime Watch movement entirely. Several chapters exist in other universities around Canada, including at the University of Victoria, Kwantlen Polytechnic University, and the University of Calgary.