Not only is a vulgar Internet meme running in the 2016 presidential election, it’s outperforming many other major candidates. 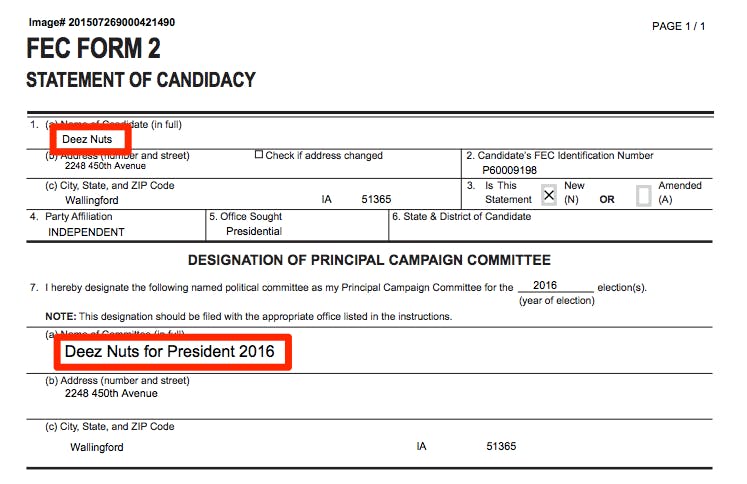 Late last month, “Deez Nuts”—best known as the juvenile punchline to a vast array of Web-inspired jokes—formally filed paperwork to run for President of the United States of America. He is now polling at 8 percent in Minnesota, presenting a credible threat to conventional campaigners. He’s more popular in the state than all but four Republicans—after Donald Trump, Jeb Bush, Scott Walker, and Marco Rubio, Nuts is sitting in fifth place.

Mr. Nuts is running as an independent, throwing his hat in the ring from Wallingford, Iowa, a rural community of 197 people in the northwest of the state. Public Policy Polling has dissected the numbers attached to this unlikely campaign with humor and appeal.

Deez Nuts haven’t had much exposure to American public- 89% have no opinion. 3% favorable, 8% unfavorable: https://t.co/kYes9DKGO7

Nuts is also outperforming Rick Perry, who has “literally no supporters” in the state.