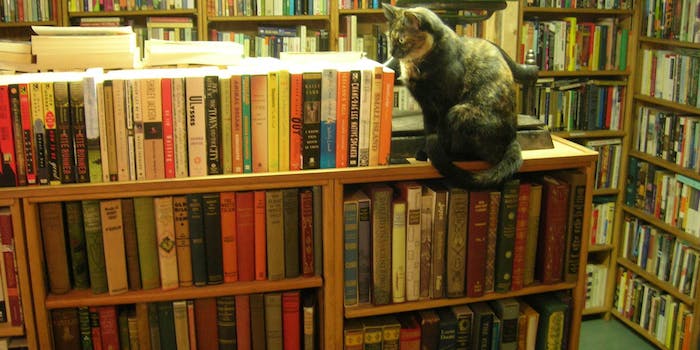 Sounds like a new Home Alone franchise in the making.

Often tourists visiting Europe have lists of places they want to see and things they want to do to experience the culture, though it is not often that list includes being locked inside a bookstore. Unless your name is David and you’re from Texas.

Poor David had been traveling through continental Europe, posting pictures on Instagram from places like Pompeii and the Roman Colosseum, when while stopping in London he became temporarily trapped in popular booksellers Waterstone’s store.

Apparently going in 15 minutes before closing time, David ventured to the store’s second floor, and when he came back down he discovered he was locked inside. Rather than calling the police, our unfortunate traveling Texan contacted the store through Twitter, and updated his Instagram.

Hi @Waterstones I’ve been locked inside of your Trafalgar Square bookstore for 2 hours now. Please let me out.

He even spawned his own hashtag, #WaterstonesTexan

This is me locked inside a waterstones bookstore in London. I was upstairs for 15 minutes and came down to all the lights out and door locked. Been here over an hour now. Supposedly someone is on their way. #nofilter #london

After several hours of silence in which we’re sure David helped himself to several books, his fate was revealed to an enraptured Twitter.

It’s also worth noting that Willis was so sure Twitter would come to his rescue, he reached out via tweet before contacting his girlfriend.

@DWill_ did you seriously just tweet before you texted me? 😔💔