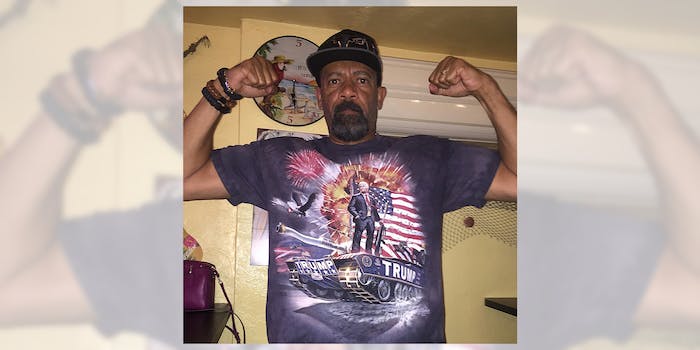 This is asking for it.

His vocal, tough-talking, pro-Trump stances have endeared him to conservatives, and he has he has branded himself “The People’s Sheriff.”

But even the internet comes for Johnny Law.

On Friday night, he flexed for the camera while wearing an absurd, absurd tee-shirt.

Michelle Obama said she was never proud of her country til they elected her husband POTUS. I've never been prouder since we got rid of him. pic.twitter.com/pzAxahe7eD

Like … come on, Bro. You realize what’s about to happen, right?

when you're about to do #2 all on your own for the first time pic.twitter.com/THlAGczvAu

Area man still unsure over how to perform "I'm a little teapot, short and stout"https://t.co/wIKCKc3X6o@SheriffClarke

show us on the doll where Obama hurt you

Also, as everyone pointed out, “we” did not get rid of Obama, the 22nd Amendment did.