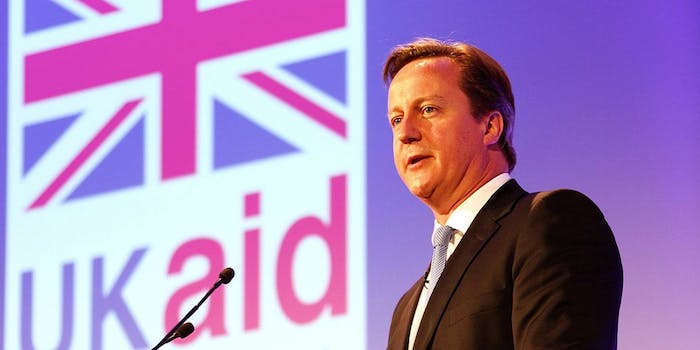 It's #PigGate: The Musical, starring Prime Minister David Cameron himself.

#PigGate refers to the as-yet unconfirmed allegation that during his initiation into an elite “dining club” at Oxford University, Cameron performed an intimate act with the severed head of a pig. For obvious reasons, this story has taken the Internet (and the British news media) by storm.

It should not come as a surprise that this video is somewhat NSFW, so watch at your own risk. It’s also very catchy.