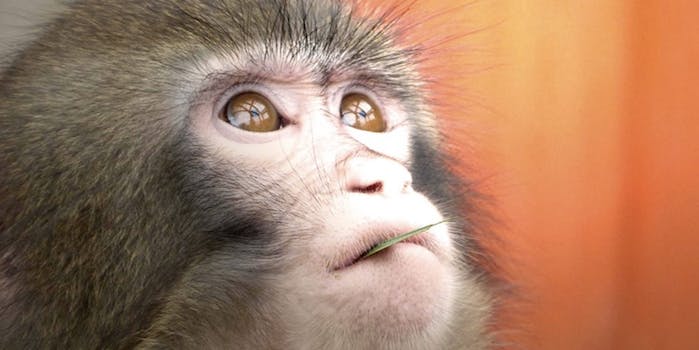 Catching up with the IKEA monkey, 2 years later

This Week in Internet History: Whatever happened to Darwin, IKEA’s coat-clad macaque?

The Internet, as intellectual scolds always tell us, is radically shortening our attention spans. We can barely remember what happened five minutes ago, let alone five weeks prior. In this series, the Daily Dot will follow up on viral stories that flashed too briefly within the collective consciousness, soon buried under the wheels of another ruthlessly short news cycle.

On December 9, 2012, the Web was forever changed by a tweet and an Instagram photo. Both depicted Darwin, a young Japanese snow macaque that had been spotted in the parking lot of an IKEA store in the Toronto area. He was wearing a diaper and a faux-shearling coat. 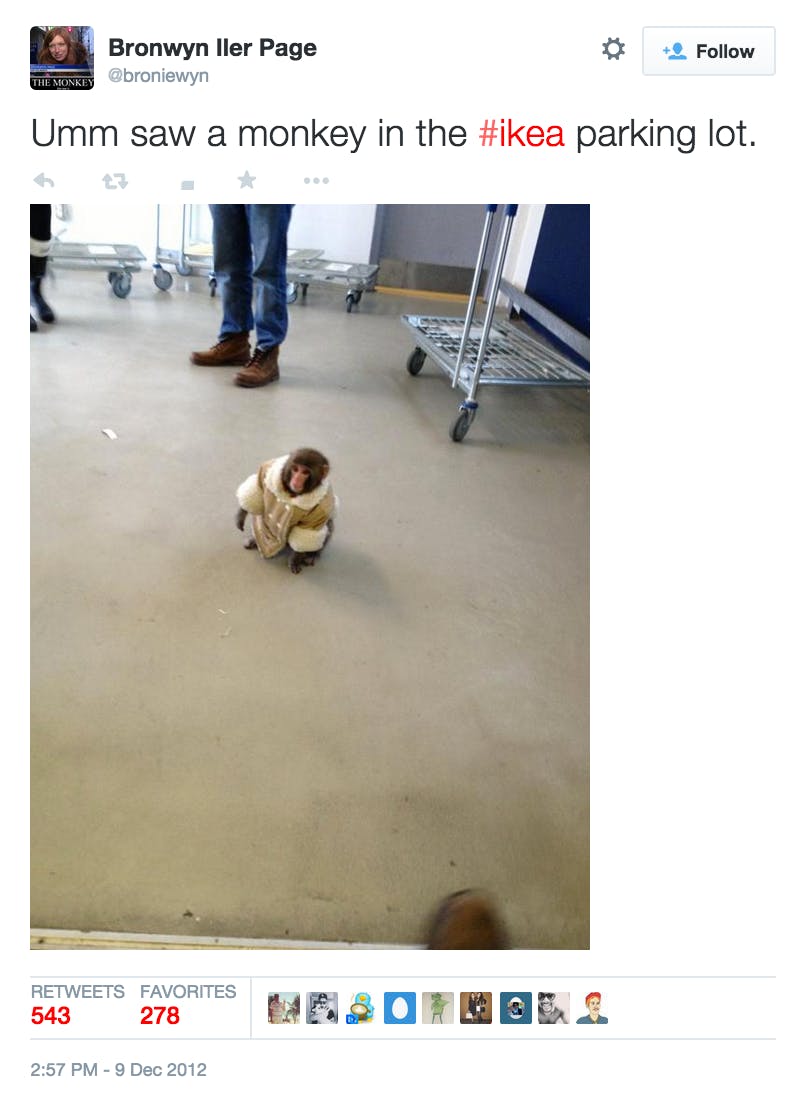 Anyone lose their monkey at Ikea?

Social media came to a virtual standstill as people speculated on the origins of the well-dressed #IkeaMonkey, who deservedly became an instant meme on an otherwise uneventful Sunday. 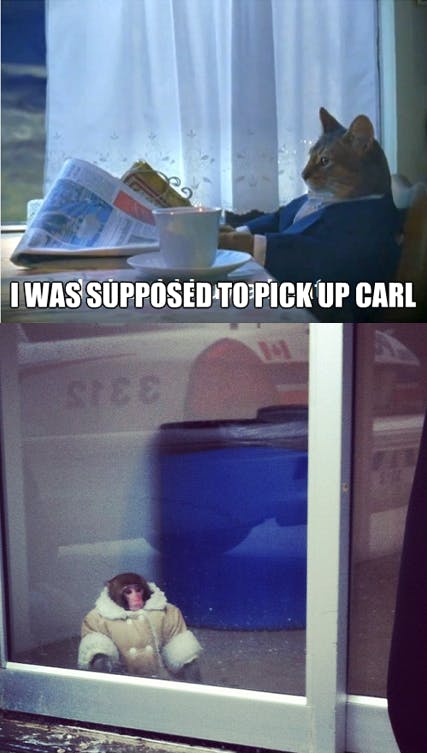 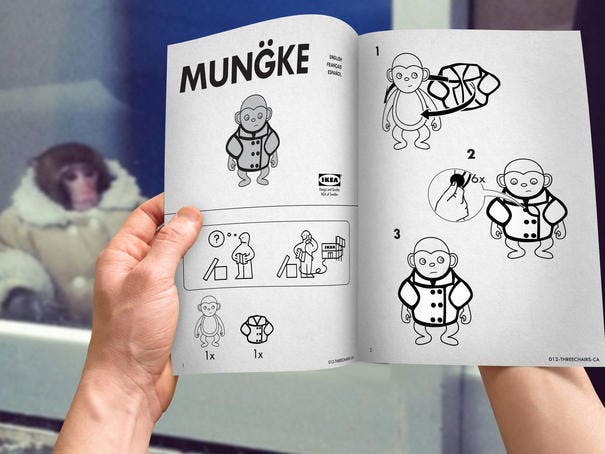 He loves his Curious George doll and snacking on cherries.

Animal control arrived to contain the confused primate, kicking off a long custody battle that didn’t make nearly as many headlines as the curious incident itself—but should have. Real estate lawyer Yasmin Nakhuda, Darwin’s original owner, went to court with her husband several times to sue (and make tearful pleas) for his return. There were just two problems: it’s actually illegal to own a pet monkey in Toronto, and Nakhuda had signed a surrender form.

#IkeaMonkey is a Rhesus Macaque Monkey Approx. 7 months old. In good health; stressed. Jacket is wool and said to be his favourite.

Owners of #IkeaMonkey came forward; charged with having a prohibited animal; $240 fine. Will not get monkey back. #Toronto #Ikea

Following his adventure in interior decorating, Darwin was taken to Story Book Farm Primate Sanctuary in Sunderland, Ontario, a couple hours north of Toronto, where he has lived happily ever since. “Darwin had been imprinted by humans, which rarely bodes well for a monkey,” his keepers wrote on their website. “He was very insecure upon arrival, and needed to be the centre of everyone’s attention.”

“A friend of mine dressed like the meme of me with the ‘Saw the monkey’ news caption for Halloween just this year. I’ve been offered jobs because of it.”

These days, however, he’s a cheeky and well-adjusted fellow, communicating with fellow macaques Julien and Lexy, and grooming Sweet Pea, an olive baboon. He loves his Curious George doll and snacking on cherries.

But money woes seem to follow the famous monkey. Early this year, Nakhuda was slapped with the legal bill for Story Book’s defense against the doomed lawsuits: $83,077, all told, though the lawyer had been working pro bono. Now Story Book is in trouble as well: “Due to a change in our human family situation, the sanctuary needs to relocate by spring of 2015,” they explained in a new crowdfunding call for C$490,000 ($426,773 USD) that prominently features Darwin’s likeness and story. With that sum, he and 21 other monkeys can be rehoused in a facility that’s already home to 20 primates, including potential social matches.

Bronwyn Page, who took one of the iconic #IkeaMonkey photos and became a meme in her own right thanks to a local news chyron (see below), told the Daily Dot in an email that her involvement in the story has had a lasting impact. “Yeah, I have been recognized on the street and subway a couple times,” she said. “The fact that I saw the monkey still comes up all the time.” A friend of mine dressed like the meme of me with the “Saw the monkey” news caption for Halloween just this year. I’ve been offered jobs because of it. This week I’ve been asked to tell my story at a storytelling event (just a coincidence that it’s also the anniversary this week). My involvement in the actual incident lasted only about one minute, which is why it’s so crazy that I’ve gotten so much attention for it. I just snapped a couple photos and went on my way. One thing, though, that people might not realize is that it all happened in the parking lot of IKEA. The monkey never went inside IKEA.

So Darwin was never actually in the market for a couch or Swedish meatballs—but we wanted to know what Page bought, and whether it stood the test of time. “I actually went there to buy a $20 Xmas tree,” she told the Daily Dot, “so no, it’s not still functioning!”

We contacted Story Book with hopes of learning more about Darwin’s life outside the limelight. “He has grown into quite the handsome guy, almost three times bigger than he was since he was first found in the IKEA parking lot, and he is now a healthy, happy youth, full of energy!” wrote volunteer Kim Meehan to the Daily Dot in an email. Staff have invited media to a behind-the-scenes tour of the sanctuary on December 12, a day they on which they’ll also mark “the second anniversary of Darwin’s arrival and rescue from the exotic pet trade, a largely unregulated trade in Canada which is the cause of much cruelty and abuse towards animals.” 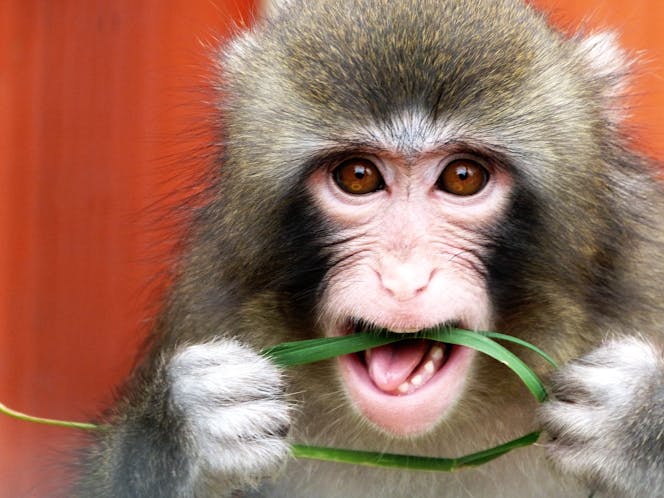 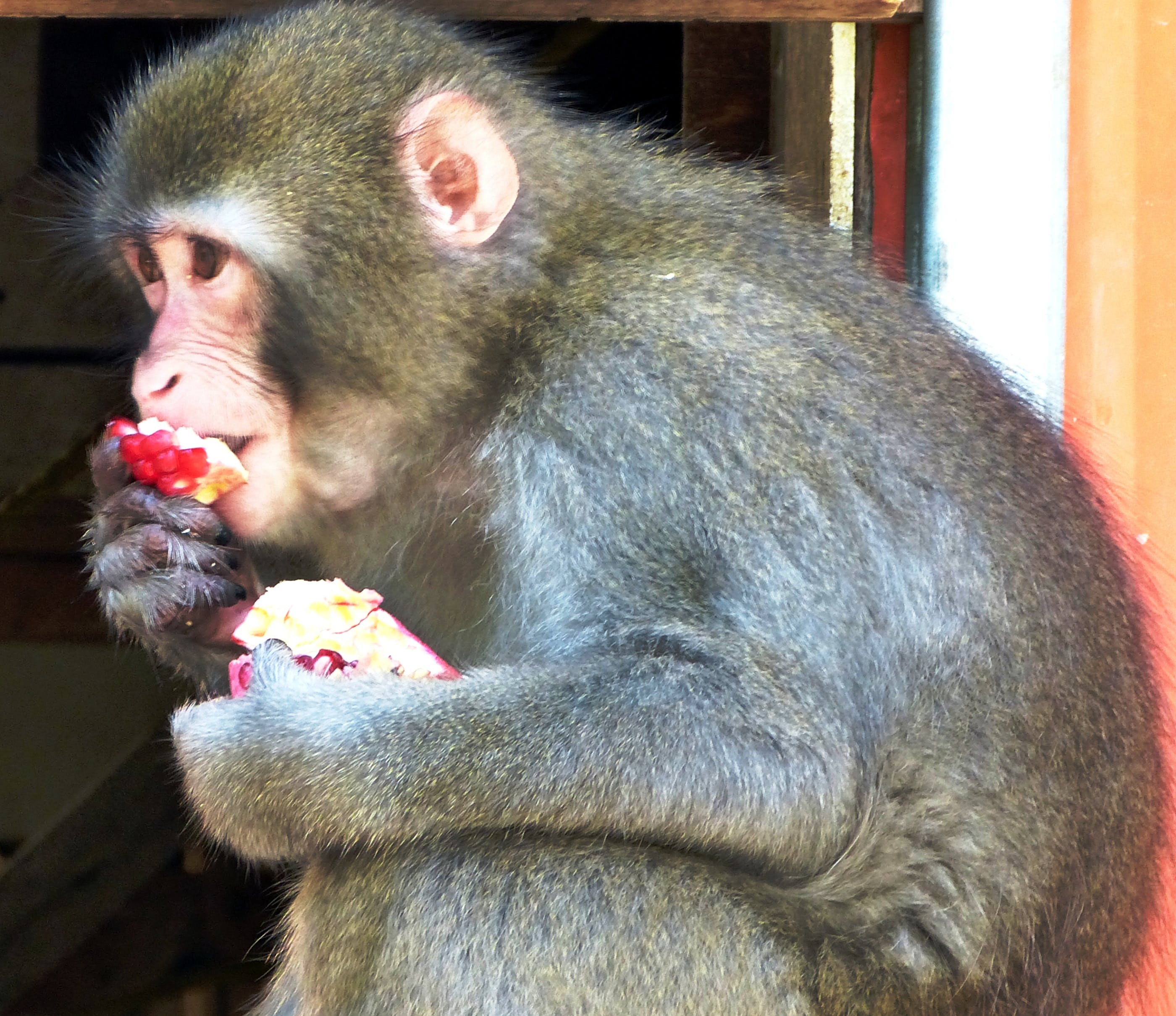 As for the planned move: “A perfect property has appeared on the market and now is the time for Darwin and friends to relocate. The property for sale has ample indoor and outdoor space on 50 acres of forested land,” though it “may not remain on sale much longer.”

With some Google Maps sleuthing, we deduced (and Page and Story Book confirmed) that Darwin’s IKEA is located in North York, Ontario, just off the Macdonald-Cartier Freeway. After navigating the company’s automated phone system, a friendly operator named Nancy was able to connect us with the store’s public relations department, where no employee was available to share their reminiscence of that magical day two years ago. But who could possibly forget?