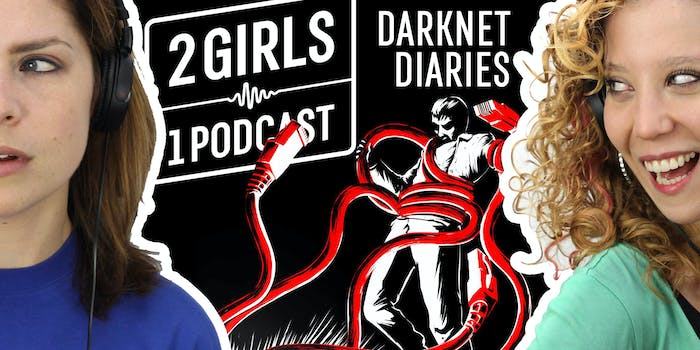 'True stories from the dark side of the Internet.'

This week on 2 GIRLS 1 PODCAST, Alli and Jen talk with Jack Rhysider, the creator and host of the hit podcast Darknet Diaries which tells “true stories from the dark side of the Internet.”

Or as we like to call it: This American Life for hackers.

Rhysider worked in information security (infosec) and was searching for a podcast that tells the stories of hackers and digital heists. It didn’t exist, so he made his own.

These days, thousands of listeners love his meticulously crafted stories about penetration testers, video game hacks gone very wrong, and how digital activists take down the corporations and politicians they despise.