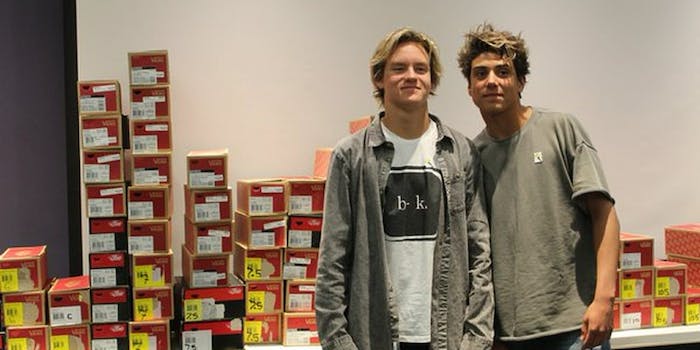 ‘Damn, Daniel’ teens back at it again with the charity work

It's a good look.

California high schoolers Daniel Lara and Josh Holz, as you no doubt know by now, catapulted themselves to viral fame with their “Damn, Daniel” video. The meme took over the Internet and landed both of them on The Ellen Show, where Lara found out that he’d be getting a lifetime supply of Vans sneakers. And now the duo is using their visibility for a good cause.

The pair visited Loma Linda University Children’s Hospital in California this past week to hand out Vans to young patients at the hospital. And they rode up to Loma Linda in a huge checkered Vans shoe-mobile.

Lara and Holz both tweeted about their act of philanthropy, thanking the hospital for letting them take part.

Thank you so much @LLChildrensHosp So happy we were able to donate Vans to our new friends! @VANS_66 pic.twitter.com/YZiWmiu1vz

We’re hoping it’s just one in a string of sneaker-related good deeds.