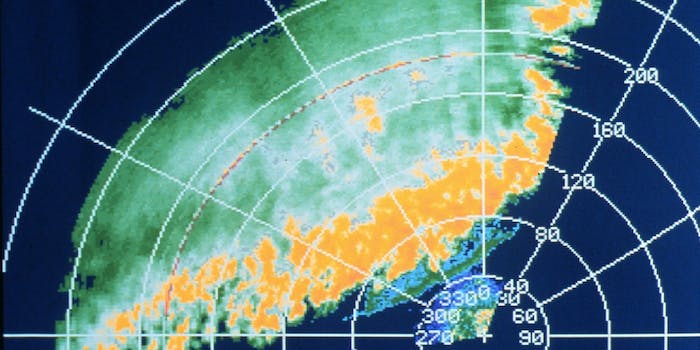 Inside Texas Health Presbyterian Hospital in Dallas is Eric Duncan, the American unfortunate enough to be the first detected case of deadly virus ebola within the United States. Outside the hospital there are dozens of news crews, camped out in the elements in the hope of getting an elusive scoop on the disease that has wreaked havoc across swathes of Africa in recent months.

It’s not a new phenomenon; the media will frequently set up shop at the scene of developing news stories in order to hang tight and wait for updates—but sometimes, it doesn’t always go according to plan.

Such was the case with one news crew in Dallas, who were unlucky enough to be on shift when a freak storm hit their camp, with devastating results.

First plague, now disaster—it’s all getting a bit too biblical for my liking.