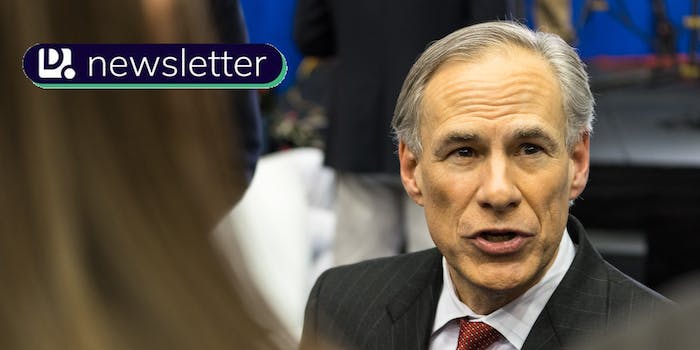 Today, we have reports on the deadly shooting at an elementary school in Uvalde, Texas. There’s a lot of outrage on Twitter, and some of it is being directed at Texas Gov. Greg Abbott (R) and Rep. Tony Gonzales (R-Texas) for their old tweets on gun laws. People are also looking into the suspected shooter’s social media accounts.

Scroll down for a streaming entertainment column by our staff writer Michelle, as well as other must-reads.

HORRIFIC: There was a mass shooting on Tuesday at a Texas elementary school. At least nineteen students and two adults were killed.

Rep. Tony Gonzales—who represents the district where the shooting took place, is being called out for his past tweets that criticized gun control measures. People are also holding Gov. Abbott accountable after the state expanded gun rights in 2021.

The suspected shooter, who was also killed on Tuesday, apparently purchased a rifle online. He posted about guns often on his Instagram account, which has since been removed.

Who is ‘Chip ‘n Dale: Rescue Rangers’ even for?

Stop me if you’ve seen this one: A major studio is putting out a movie that is in equal parts a nostalgia-fest and critiquing the very idea of that nostalgia. It’s silly and genuine enough that you can tell that the filmmakers have genuine respect for what they’re riffing on while showing that the studio often being mocked is “in” on the joke. It’s got Easter eggs and cameos a-plenty, and it’s got homages and worldbuilding galore.

Although many shows and movies operate in this space—a surprising number of superhero shows and movies, Ralph Breaks the Internet, Ready Player One, and many of Disney’s live-action remakes, just to name a few—Chip ’n Dale: Rescue Rangers, the newest offering from Disney+, is one of the better ones. And given how rough those trailers looked as a seemingly full embrace of the worst inclinations of reboot culture, I’m just as surprised as you are by this development.

Directed by The Lonely Island’s Akiva Schaffer and starring John Mulaney and Andy Samberg as the titular chipmunks, it’s set in a world where humans and animated characters live among each other. Chip (Mulaney) and Dale (Samberg) were once the stars of a successful Disney TV show, but nearly 30 years later, they’re estranged; Chip sells insurance while Dale, who had surgery to make himself a CGI animated character, now frequents fan conventions. It’s only when their former co-star Monterey Jack (Eric Bana) is kidnapped by a criminal gang whose business dealings have led to the disappearance of at least six other toons (and the police unable to stop them) that Chip and Dale are brought together again.

Not much about Chip ’n Dale: Rescue Rangers’ plot is all that original. We’ve seen plenty of films about two lifelong friends who fell out and are forced to reunite, an odd couple who are the only ones who can solve the big case, and one twist is so obvious that the characters even acknowledge how obvious the twist is in the movie. And that’s before you get into how much Chip ’n Dale: Rescue Rangers is in debt to the 1988 film Who Framed Roger Rabbit in how seamless it made its two worlds coalesce.

The main draw of Chip ’n Dale: Rescue Rangers comes from the hybrid of live-action and animation, which worked for me. You have smaller aspects that only really allow the world to grow a bit—you know there had to be multiple meetings about how exactly a pair of 3D AirPods would fit into Chip’s 2D ears—but it also celebrates the highs and lows of the animation medium. There are dozens of Disney nods thanks to brand synergy, but it’s not just a movie full of Disney callouts or properties that Disney also acquired in the past few years. The movie pokes fun at reboot culture, the uncanny valley, a certain kind of animation style that was in vogue during the early 2000s, Cats’ cats, and there’s even justice for Ugly Sonic!

But, as I watched Chip ’n Dale: Rescue Rangers, I had to wonder who, exactly, this movie was for. The main villain, a famous Disney character who was abandoned by Hollywood after he hit puberty, may or may not be a reference to the real-life tragedy of the child star who brought that character to life. The gang’s criminal enterprise involves forcibly altering beloved cartoon characters (so that they evade copyright and trademark laws) and making them star in bootleg rip-offs forever, which one could argue that studios are, in a much more officially sanctioned way (and usually respectful to the point of reverence), already doing to their own IP. The Chip ’n Dale: Rescue Rangers show only lasted a year-and-a-half and enjoyed a second life in syndication via The Disney Afternoon in the early ’90s, making the movie a more natural fit for millennials firmly in their 30s who grew up with the show, not necessarily younger audiences who might be discovering Chip and Dale for the first time.

I rewatched Who Framed Roger Rabbit (a movie I didn’t see until a couple of years ago) the other night, and it still holds up; it’s not just the crossovers and cameos and ingenuity that led to a new era of animation, but it also contains a fully realized story. I don’t know if Chip ’n Dale: Rescue Rangers has that going for it—I think it pulls a few too many punches—but if a movie that looked like it was selling out but is better than it has any right to be gets a few adults to stop making the argument that animation is something to be endured, I’ll take it.

Book your next outdoor getaway

Getaway‘s tiny homes offer nature lovers and city dwellers an escape from their hectic daily routines. This is your chance to truly enjoy nature—away from the distractions of everyday life. Experience a genuinely restorative vacation with Getaway. Use coupon code DAILYDOT to save $25.

🧂 Do you push tables together at restaurants? This server would like to have a word with you.

📍 Democratic members of Congress are warning Google to stop collecting data that could be used against women seeking abortions.

⛪ A woman accused a pastor of grooming her when she was a teenager—shortly after he announced he was stepping down.

⚖️ People are review-bombing the psychiatrist who was called up to the stand as a witness by Amber Heard’s team in the Heard-Depp trial.

🥝 TikToker Tati Mitch discusses the challenges of staying on top of trends. Sign up for Passionfruit, the Daily Dot’s weekly creator economy newsletter, for more coverage.

👫 A TikToker is drawing backlash for saying a housewife is a ‘job’ a man hires you for.

🤖 These smart home gadgets will turn your home into a high-tech paradise you never want to leave.*

🏋️ A woman had to leave a park in Brooklyn after getting catcalled by several men. “It’s a no.”

💻 In “Death on the Internet,” the Daily Dot explores how the digital self can live on in the internet’s memory—even after the actual self has abandoned it.

There are lots of reasons for flight delays and cancellations. But have you ever heard of the pilot assigned to the flight not being qualified to fly the plane? That allegedly happened on a recent Delta flight, as documented by one TikToker.