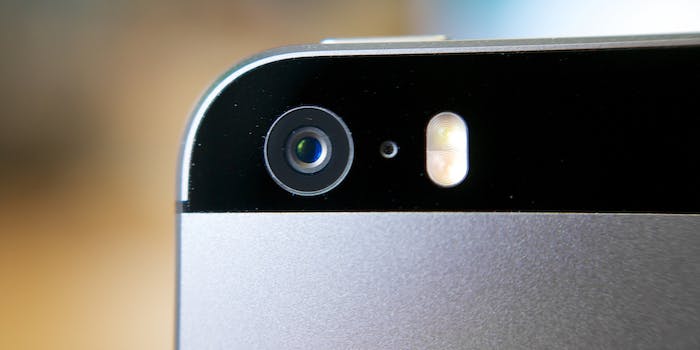 Cyberflashing is sexual harassment for the smartphone era

One of the first cases of Cyber-Flashing took place in London this week.

Spend enough time in a big city, and you’ll probably get flashed—or, as the police like to call it, “indecent exposure.” But have you ever been cyberflashed?

That’s what happened to a 34-year-old British woman while on a train in South London. Lorraine Crighton-Smith received two pictures of an unknown man’s penis via the AirDrop feature on her iPhone.

AirDrop has a couple of different sharing settings: Off, contacts only, or everyone. It’s that last one that leaves the door open for creeps.

Crighton-Smith told the BBC she had the feature set to receive files from everyone because she was using it to share photos with friends. “I had Airdrop switched on because I had been using it previously to send photos to another iPhone user—and a picture appeared on the screen of a man’s penis, which I was quite shocked by,” she said.

She declined the image only to be met with another image of the mystery man’s penis right after.

Crighton-Smith reported the mystery wang incident to the British Transport Police, but because she did not accept the photo of the unidentified genitals, there was no way to trace the photo back to the deviant. “What’s the next stage from sending a naked photograph to a stranger—what happens next, was he getting any sort of gratification from it?” she said.

This is one of the first cases of cyberflashing seen by British police.

In case you’re wondering how to protect yourself: Just never leave AirDrop open to “everyone” anytime you’re in public.