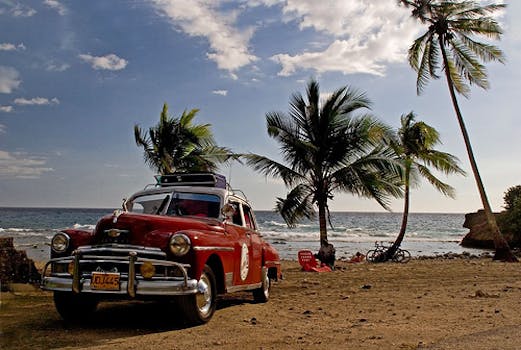 Cuba continues to have one of the most restrictive Internet regimes in the world, rivaling North Korea.

Yesterday, Rensys, an Internet intelligence company, announced that Cuba had connected to the Internet.

In early 2011, the 640-gigabyte ALBA-1 cable landed at the eastern Cuban town of Siboney from the Venezuelan port of La Guaira.

“In the two years since,” Doug Madory wrote on the Rensys blog, “the fate of the cable has been a mystery for Cuba observers. In the past week, our global monitoring system has picked up indications that this cable has finally been activated, although in a rather curious way, as we explain below.”

Cuba, now run ostensibly by Fidel Castro’s brother, Raúl, has long been an ally of oil-rich Venezuela, run by ailing populist Hugo Chávez, who has had a number of operations in Cuba for his cancer.

The submarine cable was supposed to end Cuba’s reliance on three foreign satellite services for its connection to the Internet, which is restricted largely to government offices and hard currency hotels for foreigners.

Rensys noticed last Monday that Spanish telecom giant Telefonica began service to Empresa de Telecomunicaciones de Cuba S.A. (ETECSA), the state telecom of Cuba. There is evidence, however, that the satellite services are still being used in conjunction with the submarine cable, indicating that the delays and problems with firing up the Cuban Internet have not been thoroughly eliminated.

Cuba under Raúl Castro has seen some loosening of controls against Cuban citizens, including legalizing the personal sale of homes and cars and a promise of free movement that sent Cubans running for long passport lines last week.

“We believe it is likely that Telefonica’s service to ETECSA is, either by design or misconfiguration, using its new cable asymmetrically (i.e., for traffic in only one direction),” said Madory. “In such a configuration, ETECSA enjoys greater bandwidth and lower latencies (along the submarine cable) when receiving Internet traffic but continues to use satellite services for sending traffic.”

Cuba continues to have one of the most restrictive Internet regimes in the world, rivaling North Korea. The lack of access is a detriment to, among other things, students studying engineering and related topics. A country famous for its medical competency could surely flourish in other areas should a path to open inquiry finally be established.

“Like a voracious Saturn devouring his children, the principal leaders of the revolution have not allowed any favored sons to overshadow them,” prominent Cuban blogger Yoanni Sanchez wrote recently in Foreign Policy.

Until his son feeds him a stone, things are likely to remain much the same.

Update: Monday, Rensys announced that Cuba seems to have switched over fully to cable for its outgoing Internet traffic, producing a profile consistent with “the traditional Internet that nearly everyone else on earth enjoys.” Reports from Havana indicated that “delays for Internet traffic were dropping perceptibly, as the new routing policy kicked in… We speculate that Cuban network operators changed their routing policy to make the ALBA-1 cable the default path for all outbound traffic from certain Cuban networks.”