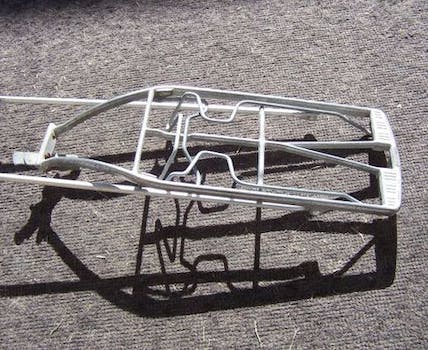 Artist Kirsten Lepore is turning photos from Craigslist into an interesting new Tumblr.

One man’s trash is another man’s treasure. Or in the case of Kirsten Lepore, it’s a source of artistic inspiration.

On the new Tumblr blog Craiglist high art, the Los Angeles-based illustrator posts artsy photos of goods she finds on the classifieds site.

“Some of those images are pretty … let’s just say they weren’t easily discernable,” Lepore told Wired.

The photos include items like venetian blinds, a toilet sitting on a front lawn, and a fluorescent sign that reads “Income Tax.”

Lepore was selected as one of the 50 most creative people of 2011 by Creativity magazine and has done work for MTV, Newsweek, Whole Foods, Toyota, and Facebook.

Lepore’s blog has yet to take off, with only a handful of photographs collecting less than 10 notes. But Tumblr can be like Craigslist that way: Sometimes you have to give it time and do some digging to find some serious gold.

Check out some of the photographs she has collected.